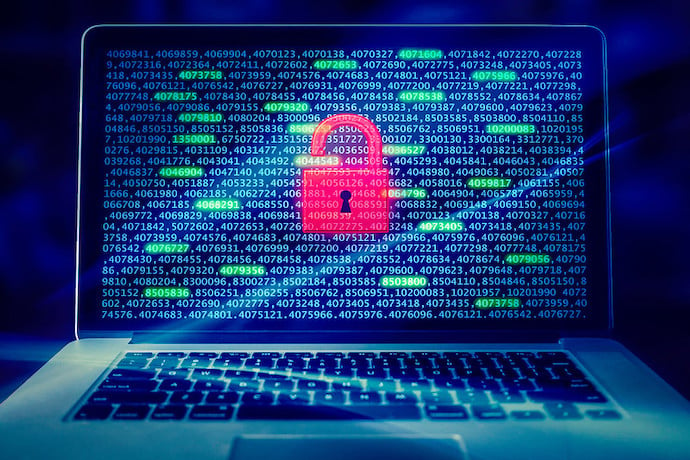 How many different kinds of antivirus programs do you know of? You may have heard of one called “Kaspersky Labs,” which is both free and really good at keeping the nasties out. Did you know, however, that the “Kaspersky” part of the name is someone’s surname?

This is the story of Eugene Kaspersky, the creator of Kaspersky Labs. He was born on the 4th October 1965 in Russia; however, at the time, Russia was instead called the “Soviet Union.”

He was really interested in math as a child, reading lots of math books and winning 2nd place at a math competition when he was 14. Because he was so smart, he decided to enroll with the Russian military at 16 to help create software for them.

Things were going smoothly, until one day at work in 1989, his computer got hit by a virus. This virus was called “Cascade,” because it had the funny effect of making text ‘fall down the screen’ into a pile at the bottom. Of course, this was a pretty fun virus to watch, but Eugene couldn’t get any work done with all his text dripping away!

As such, he began looking at how the virus worked, then developed a program that would take out Cascade in any computer that was infected by it. He found he actually really enjoyed making the Cascade antivirus, mainly because he loved math and technology so much.

As a result, while he was still working for the military, he spent his spare time looking for other prominent viruses that lurked on networks and creating a solution for them. He bundled all of these solutions into one big antivirus that contained 40 different tools for removing viruses.

He didn’t sell this program just yet; all he did was give it to friends so they could stay safe. However, there was no doubt that people would be interested in buying this program. He decided that, perhaps, he could make a business out of this neat tool.

In 1991, Eugene convinced the military to let him leave early. At first, he had to take a job at a computer company called KAMI while he and his friends worked on the antivirus. Here, he released a program called “Antiviral Toolkit Pro” for people to buy.

These days, Kaspersky is still leading the company he made. What was once a group collaboration with friends has now become a company with over 2,800 people employed. His antivirus is still around for people to download for totally free, too.

The main message from this story, however, is how small hobbies can turn into big things. It’s easy to assume that big companies “appear out of nowhere;” one day they’re not there, and the next, they’re a huge chain. However, do you think that, when Eugene was making the program to stop Cascade, he thought his actions would one day make him billions? Probably not!

Eugene’s story is a good reminder that hobbies, no matter how small or insignificant they seem at the time, may evolve into something much grander in the future. As long as you’re passionate about it, who knows what the future holds for you?

A video of Cascade in action