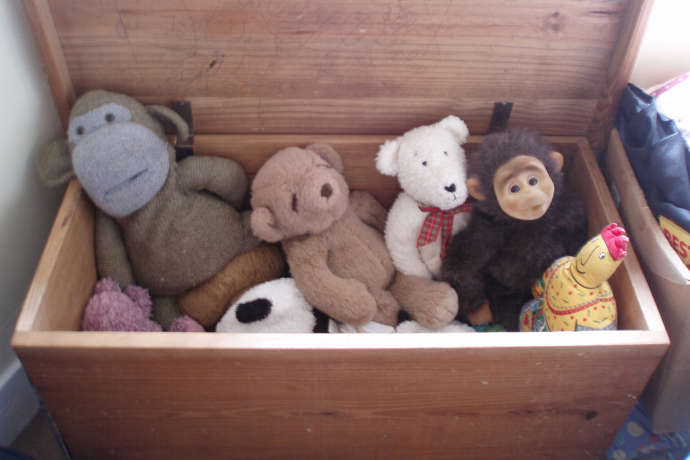 Databases are mysterious but critical technology. Here's one simple way to describe them to kids (and adults).

Databases solve a critical problem for computing: how to store information. Many adults have no idea what databases are, how they work, or the problems they are designed to solve. This article shows one way to describe databases to younger kids.

First, this is how adults describe a database in an encyclopedia:

A database is stored as a file or a set of files on magnetic disk or tape, optical disk, or some other secondary storage device. The information in these files may be broken down into records, each of which consists of one or more fields. Fields are the basic units of data storage, and each field typically contains information pertaining to one aspect or attribute of the entity described by the database. Records are also organized into tables that include information about relationships between its various fields. Although database is applied loosely to any collection of information in computer files, a database in the strict sense provides cross-referencing capabilities.

Still reading? Most adults find it difficult to understand this typical definition of what databases do.

The other day, I overheard someone say to a friend, “Well, how would you describe a database to a 10 year old?” Then they both laughed. Apparently it’s a difficult problem.

Here’s how I would describe a database to a young kid of any age. First, the problem databases solve, in one image:

Second, the solution, also in one image:

Every person knows you need buckets and cabinets to store toys. Otherwise, the toys take over the floors of your apartment or house and no one can get outside. Databases solve the same problem: how do you organize stuff (data in the case of databases) to make it easy to find later?

In the same way kids and parents sort toys, databases also sort data, and for the same reasons. Sorting makes it easier to find stuff later. Every parent has suffered when a child can’t find a favorite toy because it’s in a place with different toys. Databases solve that problem for computers.

Here’s a little more complexity, if you want. The most common databases would store your toys in pieces. It might make sense, for example, to create a second box inside your toy box (database) to store all the heads of your dolls and another box to store arms. That type of database is called a relational database because it keeps track of which arms and heads go with (relate to) which dolls. But there’s a newer type of database which lets you keep your dolls in one piece. That kind of database is called a non-relational database.

(Why break your dolls into pieces? In some cases, it makes finding stuff in a database faster. Imagine you need to keep track of many companies with multiple office locations. It might be easiest to have a database table for company names and another table for office locations and contact information. Toys are different. Breaking a doll into pieces wouldn’t help us find Fluffy in a toy box.)

So the next time your child has a game onscreen, ask them where they think the information goes as they play the game. If there’s a score, how do they think the game keeps track of their score? If they move from one part of the game to another, how does their game keep track of where they have been? Almost always, the answer is a database. Technically, it might be a file stored on their game device but data is sorted and stored in the file similar to a bigger database. But you get the picture.

Also In The September 2014 Issue

The best toy is one that is fun for your child and meets their needs. This article helps with ideas how to choose toys and where to find them.

People use the Scratch language to create interactive stories, games, and animations. Includes an active community to share projects.

Learning how to draw is a great way to learn how to pay attention to detail, and learn what to leave out.

Databases are mysterious but critical technology. Here's one simple way to describe them to kids (and adults).

Luis Carbajosa is a Civil Engineer in Spain who, with his wife, are raising five boys who love technology.

Contrary to what you might think, the Python programming language is not too complicated for kids to learn and use effectively.

Find kid-friendly projects online to keep you and your kids busy having fun and learning.

Links from the bottom of all the September 2014 articles, collected in one place for you to print, share, or bookmark.

Interesting stories about computer science, software programming, and technology for the month of August 2014.