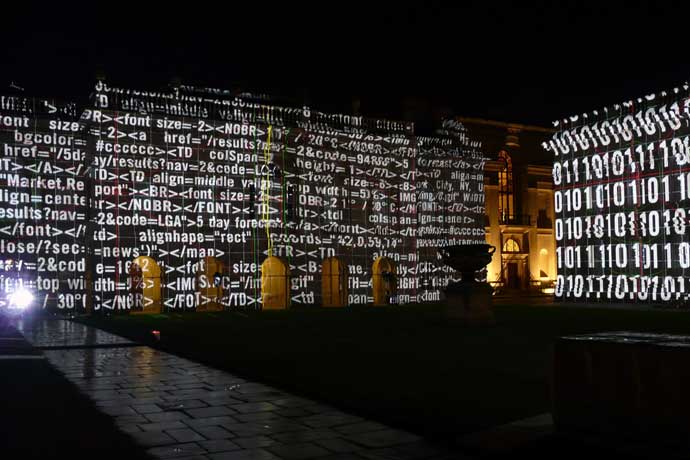 Computers transport, calculate, and translate binary numbers because computer hardware circuits only have two electrical states, on or off. These two states can be represented as zero (off) or one (on). All letters of the alphabet, numbers, and symbols are converted to eight character binary numbers as you work with them in software on your computer.

How you create and translate binary numbers is a good way to learn how computers process data at the lowest level, in their hardware circuits.

Also, I provide a free Excel spreadsheet linked at the bottom of this article to help you visualize and calculate binary numbers.

The [Not So] Secret Formula

To represent the letter A as 01000001, the computer (and you, to follow along) Â need several basic tools. One tool is an ASCII conversion chart. Without diving into too much technical detail, the ASCII chart maps a unique number between 1 and 255 to all letters of the alphabet capitalized (A-Z) and lower case (a-z), as well as numbers (0-9), spaces, and other special characters. The unique ASCII number that maps to each character, for example, the capital letter A, is used to calculate a unique eight-character binary number, a combination of ones and zeroes like 01000001.

It's basically a two-step secret code. The first step is to grab the unique ASCII number for a letter. The second step is to create a unique eight character binary number, a combination of ones and zeroes to represent the ASCII number.

And, of course, going from the eight character combination of ones and zeros to the letter or character reverses this process: first turn the binary number into a number between 1 and 255 then use the number to look up the letter in the ASCII chart.

How to Create Binary Numbers

If you read these Default Value numbers from bottom to top, can you tell how each number immediately above is calculated? They're doubled. So binary numbers start on the bottom with the first position equal to 1. The second position from the bottom has a value 2, the third position 4, and so on.

To calculate the number value of a binary number, add up the value for each position of all the 1s in the eight character number. The number 01000001, for example, is converted to 64 + 1 or 65. The ones in this binary number are in the first and seventh positions, counting from the bottom to top, or reading right to left. The first position has an assigned value of 1 while the seventh position has an assigned value of 64.

Let's Convert a Letter to a Binary Number

Now that you know the [not so] secret formula to convert letters to unique ASCII numbers to binary numbers, and how to create binary numbers, let's do the whole process step by step. Let's start with the letter C.

First, we need to use an ASCII chart like this one below to look up the unique number assigned to the uppercase letter C. The unique decimal number to use is 67.

To convert the number for C, 67, into a binary number:

Can you decode this binary number? Add up the 1s to get 64+16+4 or 84. Look up the decimal number 84 in the ASCII chart to find the letter represented below:

If we combine the binary numbers we've looked at so far, we can spell CAT:

With an understanding of how letters and numbers are converted to binary numbers, and back, let's look at how we might create a software application to make these conversions on the fly. The application has no real value. But it provides a chance to discuss how a process can be converted to software.

Instead of actual code, however, we'll write up a series of statements or pseudo-code.

Let's take the word cat to start. What process do we need to convert these letters automatically into binary numbers? Here's one possible set of steps we could code:

Imagine if we skipped the last step: what would be the result of these steps? We'd only have the last binary number, for the lower case letter t in cat. It's important we capture each binary number as they are created.

Other observations about this pseudo-code process? We need to distinguish between capital letters and lower case letters, don't we? Otherwise, our binary number conversion might translate from binary number to ASCII letters as CAT or cAT or Cat. Our lookup to match letters to the ASCII table might grab the wrong number.

Can you decode the phrase in this set of binary numbers? Remember, these are eight character blocks of 1s and 0s.

If you’re clever, you’ll also note the sum of the values below any of the eight Default Values equals one less than the value: so below the binary value 4 are the values 2 and 1 which equal 3. Below the binary value of 8 are 4, 2, and 1 which equal 7. This also can help convert letters to binary numbers. If your remainder is 7, for example, then you know to put a 1 at the 4, 2, and 1 positions to create that part of your binary number.

To convert binary numbers to letters, just grab a piece of paper and a pen or pencil and add up the binary values of all the 1s. Then look up your total number as an ASCII decimal in the chart above.

Here’s a hint to help determine if you have solved the binary numbers above correctly: I majored in American poetry in college and love the old tagline used for WordPress publishing software.

If you want more binary numbers, check out our article about Bakuro binary number puzzles which work like Sudoku.

A Tutorial on Binary Numbers