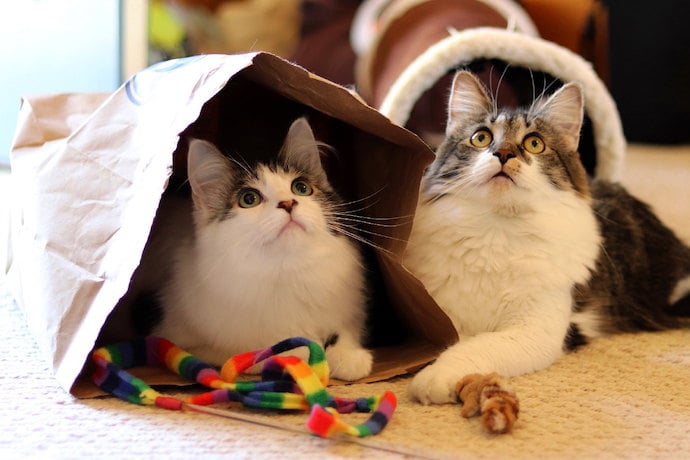 Kittens and cats and dogs plus text can make some really fun (and silly) humor about programming. Mixing and remixing photographs with text creates a meme. People then post memes online or send them to friends by email or text. Memes became common when websites and email became common in the 1990s and beyond.

Some memes are sweet, like the one Microsoft posted with an adorable kitten saying your code looks perfect, as if kittens can recognize good code! Other memes reuse the same image but have different text, as if kittens and cats have the attention span required to read then debug code.

Another kind of meme mixes two photos together, for example, to describe the two common feelings software programmers experience as they work: total joy and happiness after their code actually works followed by despair when they have no idea how to fix their code. Or another common experience for programmers, developing a perfectly simple software application only to watch users completely misunderstand how to user their application.

Programmers often use reference books from O’Reilly. Their book covers include a drawing of an animal. There’s also memes that play off these drawings to describe common problems programmers face, for example, trying stuff until something works, blaming the user if code doesn’t work, and changing code to see what happens.

It might be fun to find a silly image and add text.

Most of all, memes are a way for people to have fun by themselves and sharing with others.

What is a meme?