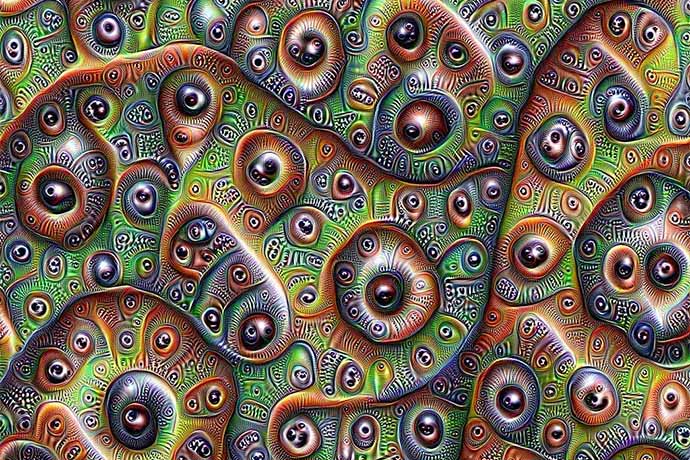 Imagine you touch a stove and it’s hot and your hand burns. Two days later, you are in front of another stove. Would you touch the stove without thinking? Or would you remember how you burned your hand and try to figure out if the stove is hot before you touch it?

Not touching the stove the second time is an example of intelligence, the ability to gain and apply knowledge and skills. Remembering your hand was burned the first time is not intelligence. Intelligence is the ability to take your memory then do something based on the details of the memory.

You might have heard of Watson, the IBM computer that can answer questions in the style of the Jeopardy quiz show. Watson is capable of responding to questions posed naturally (also known as natural language) by processing massive amounts of structured and unstructured data. The question and answer format, however, limits its intelligence to the data Watson consumes.

To teach computers how to be intelligent, researchers train them to play and beat old video games. Games provide a limited universe with a set of rules. Computers play the games and use trial and error to figure out different ways to win, the same way we do when playing these games. They use memory to build on successes and learn from mistakes.

How AI Is Used?

A more direct example of computers processing data and gaining intelligence through experience are Fanuc industrial robots. These robots share data as they all learn how to sort parts in bins. Each robot snaps a picture of a bin, analyzes the photo for clues that match what its programming code tells it to pick up, then picks up what the robot thinks is the correct part. Successes and mistakes are shared among the robots. The result is a robot that can learn to process parts in a bin with 90% accuracy in a matter of eight hours, starting with no knowledge.

There are other interesting projects with computers and artificial intelligence.

For example, MIT has a project called DragonBot which helps young kids learn. However, it requires a human to operate the intelligent robot at a distance, out of sight, which is called the Wizard of Oz effect or WoZ. In the book and the movie, the Wizard of Oz is a scary person who turns out to be a little man standing behind a curtain who operates machines which make him sound scary.

However, the WoZ effect with DragonBot is not about scaring kids. It’s about building a computer that can share the curiosity kids have and encourage kids to explore what interests them. DragonBot responds to what kids say and their answers to questions DragonBot asks.

Another media related use of artificial intelligence involves reporting sports events, the financial markets, and business news. Narrative Science offers a product called Quill which collects facts and turns them into what they call data storytelling and humans call articles and content. The results are similar and, in some cases, more comprehensive than a human reporting the same event and facts.

The Associated Press, for example, uses software from Automated Insights to write thousands of articles instead of hundreds. Instead of writing one article to be read by many, the goal is to write many articles for often small audiences of readers.

While buying software to write reports and articles sounds wonderful, it’s unclear whether or not the software fact checks with human sources. There are plenty of examples online where misinformation or false information is repeated endlessly. In computer terms, it’s called GIGO or Garbage In Garbage Out. Presumably these articles are fact checked by humans somewhere in the process.

In the near future, driving cars will be automated in part — maybe parallel parking — or completely. The sensors and software will blend together to create artificial intelligence. The software will need to handle routine tasks like right turns or parking and unexpected situations. Since the 1990s, cars have used the CAN bus technology standard to manage sensors located all over a car. In the future, these sensors will connect to software that makes decisions as you drive down a road.

You also might be familiar with Siri, on the iPhone, or Cortana, on Windows, Android, and iPhones. Both are intelligent personal assistants (IPA) who listen to your requests for information and perform tasks. You might ask Siri, for example, to add an event to your calendar or dial your best friend’s phone number. These applications combine speech recognition, image matching, natural language processing, and question and answer systems.

Siri, Cortana, and other personal assistant software use information stored on multiple computers connected to the internet that can act as one computer. This makes a vast network of data and processing power available to answer queries in real time.
Other more complicated intelligent machines use a neural network which is like a mesh net with lots of small lights on it. The human brain is a neural network with data from experience stored in different places. Recalling a memory of your favorite food triggers some lights in the network in your brain but not all lights. Figuring out how to create a neural network for a computer to use is a really interesting problem to solve. Neural networks also harness the power of multiple computers to store vast amounts of data and provide processing power.

Google recently open sourced their Tensor Flow project code which makes it available to anyone interested to experiment with neural network software and data sets. There are other data sets and software available for programmers and researchers.

Is Artificial Intelligence Good or Bad?

As with any new technology, whether or not artificial intelligence software will be good or bad for humanity is an open question. Definitely AI software will put people out of jobs. And it is equally certain AI will create jobs, for example, programming and fixing robots.

Perhaps the more interesting question is how humans will set limits for intelligent computers and how those limits will be enforced.

Marvin Minsky Reflects on a Life in AI

Why 2015 Was a Breakthrough Year in Artificial Intelligence

Since August 2013, we have provided STEM/STEAM resources to children and their adults. Our magazine exposes young minds to all the possibilities of computing. By subscribing to our publication, children will be knowledgeable about coding, computer science concepts, and how we use technology in our daily lives. Explore our website and spend time reading our coding and computer science articles for kids.

Ready to learn and have fun?

Community and school libraries can request a printed sample. Or download a sample issue.