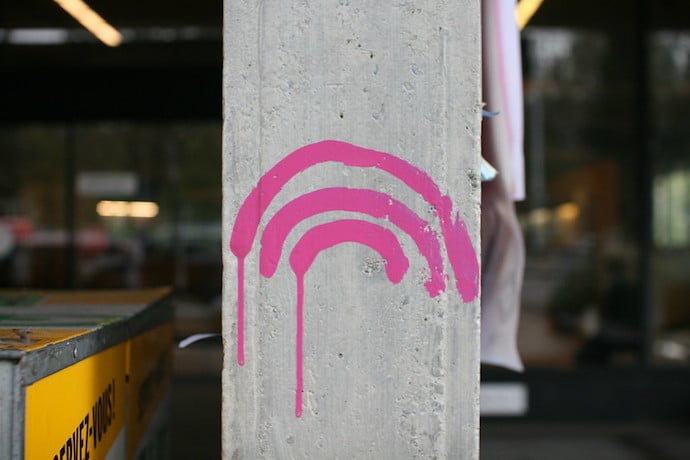 You see the term “Wi-Fi” everywhere. From cafes to public transport, it seems everywhere has a free Wi-Fi connection you can use to watch videos. But what does “Wi-Fi” mean, and how did the name come about?

The story behind the name for Wi-Fi is a weird one. For a long time, people assumed it stood for “wireless fidelity.” This is because there was another technology out at the time called Hi-Fi, which meant “high fidelity.”

However, people interviewed the creators of the Wi-Fi Alliance — the overseers of how Wi-Fi works. They say that Wi-Fi doesn’t actually stand for “wireless fidelity” at all! In fact, they say that they hired some people whose job was to make this new technology sound cool. These people invented the Wi-Fi name and logo, which the inventors liked and adopted.

However, later on, the inventors were worried that people would ask what Wi-Fi meant. Of course, it was just a name that was given to them and didn’t really mean anything. To stop people asking them what it meant, they thought up the tagline “the standard for Wireless Fidelity” to clear things up.

This tagline has since been dropped, but you can still see its effects on websites and businesses around the world. Sometimes they call Wi-Fi “wireless fidelity”, but that’s not what Wi-Fi stands for.

So, what does it stand for? Apparently, nothing! It was a trendy name invented by people who wanted the technology to catch on. They chose the name “Wi-Fi” (which, to be fair, rolls off the tongue very well) and stuck with it.

There’s another interesting fact, however. The name “Wi-Fi” didn’t crop up until the people who invented it were trying to sell it. Until then, they called Wi-Fi by its “real name” until it eventually got its meaningless moniker. Wi-Fi’s real name is actually “‘IEEE 802.11b Direct Sequence”, which is a lot harder to say. You can’t even make an initialism out of it. Free IEE802.11bbDS? Still way too long!

In fact, Wi-Fi’s real name already has an initialism in it. The IEEE bit stands for “Institute of Electrical and Electronics Engineers,” and is pronounced “eye-triple-e” (not eye-ee-ee-ee!). The IEEE is a huge group of really smart people who help advance technology for the good of mankind; including inventing all that free Wi-Fi. Thanks, IEEE!

The next time you’re out with your family and friends, point to a free Wi-Fi sign and ask them if they know what it means. You’ll be surprised at how many people still think it means “wireless fidelity,” when in actual fact, it just sounds really cool.

The story behind Wi-Fi

Why is Wifi called Wifi?

What is the WiFi Alliance?