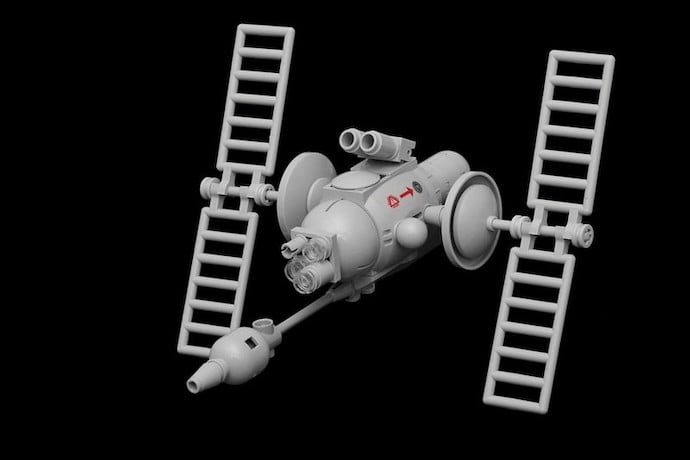 The Internet of Things is really interesting, because it changes how we collect and store data. When everything is connected to the internet, you can find sensors and storage media pretty much anywhere on Earth. But what if we don’t have to be confined to Earth? What if we can send the Internet of Things…into space?

This is what one company hopes to achieve. The company is called Loft Orbital, and as you might guess from the name, they want to put the Internet of Things into space. Modern-day technology means that making computers in space has never been easier.

For one, it’s pretty cheap for a business to make a satellite. Back when scientists didnt know a great deal about how to make a satellite, it was expensive to create one. These days, however, we’re much better at making them, and at faster speeds. As such, they’re cheaper to launch; they’re still worth millions of dollars, but they are cheaper!

There’s one problem, however. Right now, satellites tend to launch with a pre-set list of instructions to perform. Once it’s launched, that’s it — you can’t change what the satellite does. To do so would involve sending an engineer into space just to tweak with the hardware; not ideal!

Loft Orbital aims to change that. They’re designing satellites which takes the data centers we use here on Earth and sticking them inside a satellite. Then, after it’s launched and in orbit, people can hire the servers for their own use.

The smart bit is, the person who hires the servers can tailor it for their own use. That’s because in this day and age, we have something called “cloud computing.” This is when someone hosts a lot of servers, then rents them out to clients who then upload software to those servers.

In the same way, someone who rents out some satellite space can upload software onto it. Of course, this isn’t done over regular internet cables, else satellites would trail cables whenever they went. Instead, they’re beamed by a dish to the satellite which then takes the data and installs it on their server. Then, if someone else hires the server, the satellite can be wiped of data and have new software installed; a reusable satellite.

This works very similar to cloud computing, which is why this kind of technology is known as “above-the-clouds computing” (get it?). The really smart and business-y name for it as “Space-as-a-Service,” which may sound like you’re renting out Mars, but it’s just how business people talk.

Loft Orbital also wants it so these satellites can ‘talk’ to one another. For example,

The cool thing about this technology is that, if it takes off (no pun intended), you may one day hire a data server on a satellite. Then you can store data, play games, and do all sorts of fun things on a data center all the way up in space. Just be ready with your late homework excuses; you can’t say a dog ate your homework if you stored it up in a satellite!

Data Centers Above the Clouds

From the Satellite to the Ground

What is a Satellite?