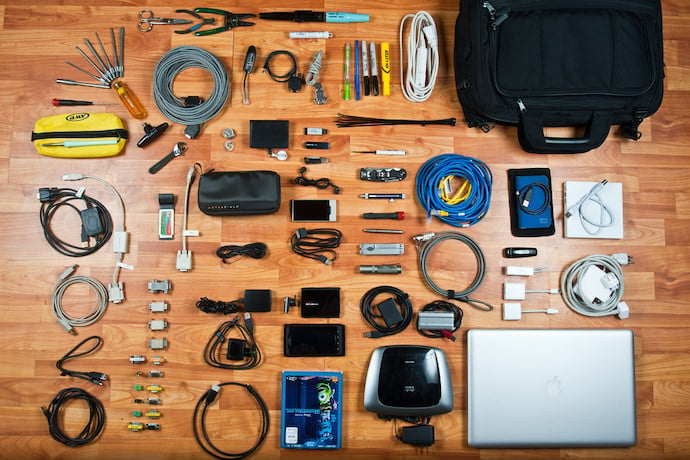 If you’ve been keeping up with the latest technology news, you may have seen a term called “IoT” pop up here and there. Some people talk about how great it is, others say it’s unnecessary, and some are even saying it might cause a big security scare! What is this “IoT” thing, and why is everyone so excited about it?

One of the most popular IoT gadgets right now is the Amazon Echo. This is a nice example of an IoT gadget, as its very dependent on an internet connection to work properly. The gadget itself is nothing special; it’s just a speaker and microphone with a processor running the show. Once it connects to the internet, however, it can do a lot more than its hardware suggests! It sends all of its data to the Amazon servers, which then sends back the information the Echo needs to do its job properly.

Other IoT gadgets range from useful tools to luxury items. On the ‘useful to have’ side of the scale, Google’s Nest technology can turn a house into a smart home. They have doorbells that send a notification to a smartphone when someone rings it, a thermostat that learns your habits, and even security cameras that send a live feed to an app while the owners are out. All of these need the internet in order to talk to another device, which is why they’re a part of the Internet of Things.

IoT gadgets are also very useful in the medical world. Imagine a health gadget that attaches to a person and monitors their health signs, then automatically alerts the health services if something goes wrong. This is the amazing future we could see when IoT is fully developed, and it’s why people are so excited to see it grow.

Of course, with gadgets now beaming camera footage and health statistics to our smartphones, it’s a little tricky for our current 4G technology to keep up with all this. That’s why the IoT space is very excited to see the development of the new, shiny 5G format. 5G is speculated to reach speeds 100x faster than 4G (at a whopping 10 Gigabits per second!), which will allow IoT devices to beam as much data as they please to smartphones, no matter where in the world it is!

Unfortunately, all this connecting devices to the internet causes a huge security risk. Hackers already use the internet as an access point to other people’s computers and servers, so having all these new gadgets connecting to the internet gives them more ways to enter a network. That’s why it’s so important for IoT devices to have an impenetrable defense protecting it.

While the term “IoT” is mostly used for devices that connect to the internet (as the name suggests!), it’s sometimes used to describe things that connect to other things without using the internet. For example, the Philips Hue is a series of light bulbs that can receive commands from a smartphone to change its colour. In this instance, the Hue uses a special “bridge” that connects the phone and the bulbs, and doesn’t use the Internet at all. Despite this, it still counts as an “Internet of Things” device due to its connectivity.

What is the Internet of Things?

How the Philips Hue Works

Future of IoT with kids