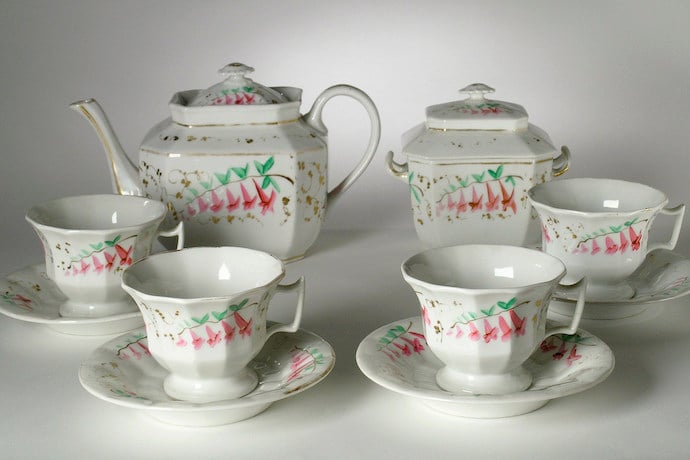 Take a close look at the following images.

Can you identify anything that they have in common? If you noticed that all three contain a teapot, give yourself a pat on the back. You have just discovered an inside joke among graphic artists known as the Utah Teapot.

Why would graphic artists from companies ranging from Pixar to Microsoft occasionally throw a teapot into their work?

As it turns out, this teapot is one of the earliest 3D objects used with great success by graphic artists. During the 1970s, computer scientists specializing in graphics needed objects to run through their algorithms in order to determine whether or not the algorithm would render an accurate image. To test out their algorithms, they would measure an object, note down key points (known as Bezier control points) and enter these points into the algorithm. If the image that appeared on the screen was an accurate 3D rendering of the real object, then they had evidence that their algorithm worked.

Graphic artists needed test case objects that met certain criteria. The objects could not be too complicated nor too simple. Ideally the object would cast a shadow on itself, reveal reflective textures, have various curvatures and saddle points, and not be easily confused with other objects. Coming up with an ideal test case to run through an algorithm turned out to be a challenge in and of itself.

At the time, the University of Utah was a leader in computer graphics. Graduate student Martin Newell was struggling to come up with an object to test in the algorithms he had designed. He mentioned his dilemma to his wife Sandra over an afternoon tea, and she suggested he try out their Melitta teapot. Martin could see the teapot might be just what he needed, so he sketched it, input key points into his algorithm, and ran his code. Indeed, the teapot was just what he needed!

Since Newell had done all the work of entering the key data for the tea pot, other graphic designers and computer scientists began using the data to test out their algorithms as well. Over time, the Melitta teapot became a standard test case in computer graphics, somewhat analogous to the “Hello World” program that frequently appears in the world of software design.
Today, Newell’s original teapot can be found on display at the Computer History Museum in Mountain View California. As probably the only object at the museum that is also commonly found in the kitchen cupboard, it serves as a fun connection between an age old tradition and a breakthrough in computer science.