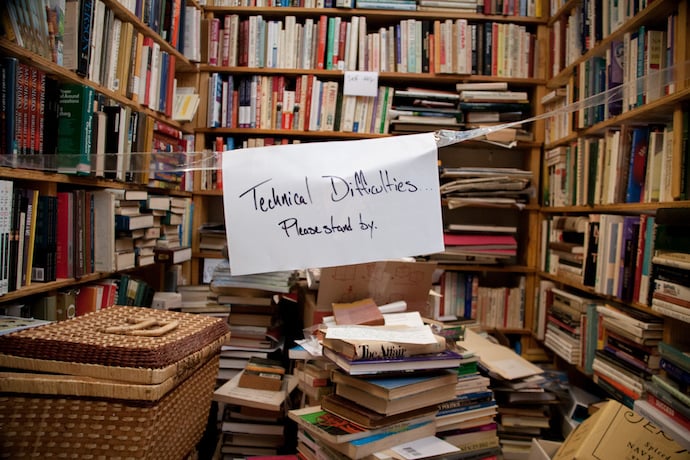 “It’s not possible that anyone could have that much bad luck.”

While reading The Grapes of Wrath in the comfort of their classroom in Long Island, a student pondered out loud. His teacher, Mr. Richard Perry, realized he needed to make a change to the curriculum that would enable students to develop empathy for these characters from a very different time and place. What he came up with sounds more like an idea from the future: robots.

How can a robot help students better understand the trials of the treacherous journey from Oklahoma across the Sierra Nevadas? Some of today’s robotic toys can be easily programmed to travel in given directions, make turns, and change speed. Mr. Perry does not claim to be an expert on robotics or programming, but he knew of the Sphero robot and was confident that it would be easy enough for the students to work with. He applied for a grant that ended up providing him with 10 Spheros. Soon afterward, he went to work creating a model of the Sierra Nevadas out of chicken wire, paper mache, and ground covering of various textures.

With the model of the mountains complete, students worked in groups to get Sphero from one side of the range to the other. Although using a Sphero does not involve the suffering that the characters in The Grapes of Wrath endured, it does give students an appreciation for the challenges of navigating over rough terrain.

Going too fast on the downward slopes leads to disaster. Not having enough speed approaching a steep section also leads trouble. And the changes in terrain require many trials and errors to get across smoothly. In the end not everyone succeeds. But students realize first hand that it is hard work to cross a mountain range, and that it is more common than not to have quite a bit of bad luck in such situations.

After seeing a great shift for the better in student engagement during The Grapes of Wrath project, Mr. Perry came up with projects involving Sphero for units on Lord of the Flies and The Martian. In both cases Sphero increased student engagement and understanding of the literature. In Lord of the Flies each group’s Sphero is handicapped in a way that reflects a character in the book, and in The Martian students even learned ASCII code to communicate with another school several states away!

Incorporating robotics into class has increased engagement with a broader range of students. Some students are more motivated by challenges connecting technology to literature than by traditional approaches to the subject. When I spoke with Mr. Perry he mentioned an unexpected highlight of the Sphero project one year. He had a blind student in class that was often a bit on the sidelines during group projects. However, while programming Sphero to cross a mountain range this same student shined. His tactile approach to problem solving resulted in him making significant contributions to his group, which went on the have more success than the rest of the class when crossing the model mountains!

Both educators and students can imagine the potential for incorporating robotics into class projects. Studying history? Perhaps a Sphero could be used to explore westward expansion or the underground railway. Since Sphero works in water as well, it can cross model rivers, or perhaps even travel around South America or through the Isthmus of Panama.

None of these activities necessarily teach deep coding skills, but they do connect the basics of programming and robotics to all sorts of topics. And for teacher and students looking for deeper coding experiences, more coding challenges can be incorporated. Most importantly though is that Mr. Perry discovered that basic robotics increases student engagement and gives them a fun way to connect with characters and stories across the curriculum.

The Grapes of Wrath:

Partner class in Ohio, creating terrain for the Sphero to cross:

The Martian and ASCII code in Richard Perry’s class:

Sphero in the Classroom