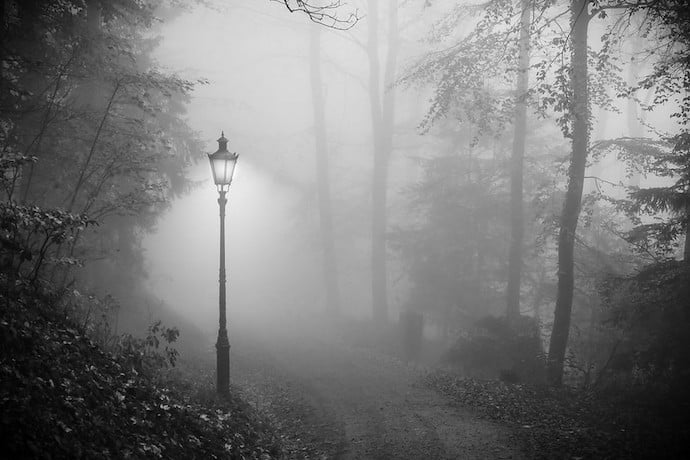 Have you ever wondered how a street light works? If you’ve ever seen them turn on, you know that it doesn’t involve someone walking down a street and turning on all the lights. They all seem to magically know when it’s dark outside, and turn on automatically.

Fortunately, nobody has the job of turning on all the lights when it gets dark – that’d be way too boring! Instead, street lights monitor how light it is and decide for themselves. They achieve this by using what’s called a “photocell” – that’s smart-speak for a photoelectric cell.

Photoelectric cells love light. They’re designed so that, when light falls on their surface, they allow electricity to pass through them easier. When the cell doesn’t receive any light, it tightens up the electrical resistance and stops electricity flowing as easily.

Using this photoelectric cell, we can detect if it’s light out, and how light it is. There’s a problem, however; the cell is doing the opposite of what we want to achieve! When it’s light out, the cell lets energy through easily, but that’s when we want the light to be off. Likewise, the cell clams up and stops energy passing through when it’s dark, but that’s when we need to power a bulb!

In a way, street lights are pretty smart; they know when to turn themselves on and off. Did you know, however, that they’re going to get even smarter in the future? Scientists are thinking of ways that street lights can become part of the future of “smart cities,” and that means making them even smarter than they are now!

For example, there’s a street light that’s in development called the BrightSites. Not only will it detect when the sun goes down, but it can also monitor the quality of the air for pollution. They’ll also use their tall height to act as Wi-Fi and 4G antenna to help people connect easier. They can use cameras to detect traffic, and even display information via signs. A lot more exciting than the street lights we have now!

Now if you see the street lights blink on at night-time, you’ll now know that it’s because the humble street light is a lot smarter than you may first think. Not only that, but they’ll be even smarter when smart cities take off!

street light of the future