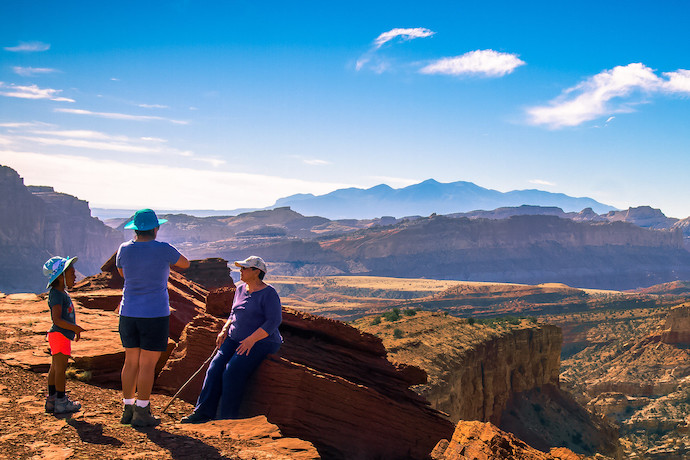 A Year in the Life of Earth’s CO2

This amazing video models carbon dioxide flows around the earth over a year. When trees and plants bloom, NASA data shows how plants absorb this human generated CO2 and how fall and winter wind patterns disperse the gas. The model is a computer software program that runs on mainframe computers using data from NASA satellites. While the video shows actual data for 2006, the model also can project the impact of future CO2 emissions.

NASA has a new online and mobile app game to explore how their missions to resupply the space station operate. Pick a vehicle — either a Boeing Starliner or SpaceX Crew Dragon — then choose one of three missions (out of nine missions possible), choose your crew from real astronauts in the NASA program, build your rocket, launch, then dock with the space station. It’s a lot of fun, educational, and nine missions should keep you interested.

What is Artificial Intelligence?

Most people are confused when they hear or read about AI or artificial intelligence, machine learning, and other topics about smart computers that can (supposedly) think for themselves. The University of Helsinki and Reaktor have created an online course, Elements of AI, that explore all things artificial intelligence. Their What is AI chapter can be understood by anyone. Other chapters become more and more complicated as they dig into different aspects of AI. If you sign up, there’s also exercises you can do to test what you’ve learned.

Many women have contributed to science, technology, engineering, and math. The Women You Should Know website has colorful posters highlighting a number of women. Posters can be downloaded for printing and posting in a classroom or at home. There’s also biographies of each person. And posters are created by women artists around the world.

Computers are perfect for deciphering languages because they can look for patterns in massive amounts of text. Human languages also have patterns that appear in multiple languages, for example, the idea of a king or queen. Researchers at MIT and Google’s AI lab have created software that automatically deciphers long lost languages, starting with the Linear B language, the earliest written form of the Greek language, and Ugaritic, an early form of Hebrew. Another related language, called Linear A, has yet to be deciphered and the researchers are hopeful their software can finally decipher the language.

The US Air Force recently had a contest to encourage companies to create rocket engines and launch vehicles. Launcher, a company in Brooklyn, NY, created their Engine-2 rocket engine as a single 3D printed piece of copper alloy. Their website has neat photos and a video showing how they created then tested their rocket engine. (And notice all the software used throughout their design, build, and test process: someone wrote all that software!)