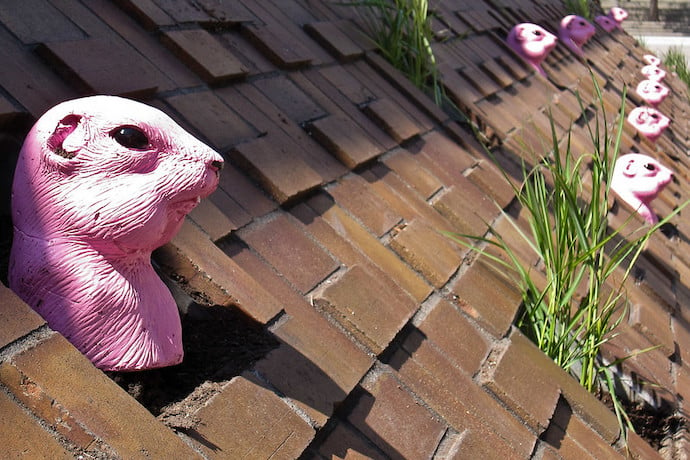 I once saw a joke that goes something like “the internet used to consist of millions of websites, now there’s just three that are filled with screenshots of each other”. I mean it’s a joke but it’s not entirely wrong.

There still is a huge variety to the internet, communities full of people doing strange and interesting things apart from things like big social media sites: this is the small internet.

First, some backstory. Every page you go to in Chrome, Firefox, &c. are web pages. The web is not the internet. The web—what used to be called the world wide web, hence the www at the start of some URLs—is actually just a standard for communication across the internet called the hypertext transfer protocol. You might already know that the code that makes a web page is called hyptertext markup language. Hypertext is just a really futuristic way of saying “text with links to other sites”, which is very mundane now but was extremely inventive and cool a few decades ago when Tim Berners-Lee and his research team invented it.

But the internet existed before the web, all using different “protocols” of communication and very different programs than web browsers. One of the earliest ways people talked were over bulletin boards, commonly called BBSes. These were computers running software that would accept connections over a protocol called the “teletype network”, or telnet, which was developed in 1969—over twenty years before the web—which was a very simple way to send text back and forth between two computers.

On BBSes you can leave or read messages, play games, and check out ASCII art that people made. I speak in the present-tense because they’re still around. The telnet BBS Guide is a web site that’s been around since the 90s and continues to keep up-to-date listings of active BBSes in the world. They even have guides showing how to get started with BBSes on modern computers! If you have a small single-board computer like a Raspberry Pi you could even host your own BBS.

Another historic community that’s still around is gopherspace. Gopher is the most web-like of these old communities because it actually had a notion of individual pages and ways to navigate between pages, but it was more like “files and directories” where instead of any page being able to link between any other page there was a hierarchy to them: directories could “link” to other directories but files need to just be plain text.

Now, that sounds pretty limiting but honestly there’s a lot of things that structure fits, like blogs, news sites, things like that. There’s even a gopher mirror of Reddit you can browse!

Yes, Gopher is, like BBSes, alive but still very small. There are under 500 gopher servers in the world, compared to something like 100 million web servers—and that’s probably a severe underestimate. You can get started with Gopher through the Overbite Project but if you’re running Linux you can probably already get started by opening a terminal and typing
lynx gopher://gopher.floodgap.com to start using the text-only browser Lynx in order to browse gopherspace.

An entirely different kind of small community on the small internet are pubnixes, these aren’t just sites you visit but computers you can have an account on and use! They’re essentially always either Linux or Unix computers and when you log into them you’re using the command line. These are really neat because they tend to be communities focused either on learning how to code or just making neat things.

There’s a big list of small communities like this on the Tilde Team site. They range from a community where everyone writes in-character sci-fi stories to places for learning less common operating systems like BSD.

The last corner of the small internet I want to mention is geminispace. Gemini is very tiny right now, but part of what’s so cool about it is that it’s a new protocol that’s supposed to be a little more powerful than gopher but still way less heavy than the web. Gemini is only a couple of years old, invented by Solderpunk who describes his motivations on the main Gemini site linked below.

One of the things I love about Gemini is that the goal was for literally anyone, even if they’re not an experienced programmer, to be able to write their own servers and clients for it. To that end, Solderpunk provided a number of reference implementations that were each only ~100 lines of code in different languages.

So I’ve talked about the mechanics of a lot of the small internet, but what does it feel like? Why hang out there? Well, I think what’s special about it is that it’s a place where people let themselves be weird, try things, and experiment. It’s a place where you’ll find people who really care about the impact of technology on the world, who want to make the world better and are trying to figure out how. It’s a place where people have stopped worrying about whether people like them and are seeking out people they like.

A history of Gopher

get started with Gopher

Why the BBS is still awesome