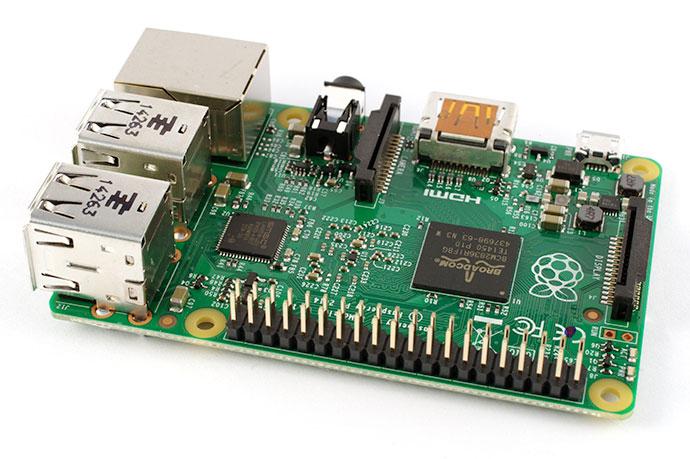 There’s a new addition to the class, and it’s changing computer science education everywhere. Single board computers (SBC), originally intended for engineers, are now appearing in university, secondary ,and even elementary school curriculums around the world. Students of all ages and experience levels are getting their hands on technologies that those same engineers rely on to run tests, develop prototypes, and bring their designs into production.

The introduction of SBCs into the classroom will have far-reaching and long-lasting implications. Already we’re seeing a reverse effect of this trend, in which the new applications students discover for these components influence the way professional engineers use SBCs in the workplace. Manufacturers and distributors also are assisting teachers and parents in getting more of these technologies to more students.

But before we can discuss any of these changes or take a look at what’s ahead, we must first take a look back at how SBC dev kits came to be in the classroom.

A Brief History of Dev Kits

A development kit, in its purest form, is used to evaluate a microcontroller. Microcontrollers are little computers on a circuit board that provide memory, power and output/input peripherals. Engineers building systems on top of circuit boards can use development kits to test different functions and features before programming them in. Development kits and evaluation boards offer the freedom and flexibility to experiment with different combinations with less risk.

What do dev kits have to do with SBCs? The latter wouldn’t be in the classroom today without the recent explosion of the former.

Just a few years ago professional engineers saw semiconductor manufacturers big and small, like Texas Instruments and Freescale, push out more and more options for microcontrollers that could perform a myriad of tasks. The microcontrollers themselves also became smaller and more powerful. With so many battery-powered devices available to us today, semiconductor manufacturers have been determined to make them smaller and leaner so engineers could more easily fit them into smartphones and tablets.

All of these features – higher power, smaller form factor and cost efficiency – have given rise to a new set of microcomputers made specifically for the classroom.

Coming to the Classroom

With more and more of these development kits embedded onto smaller, faster and more powerful boards, new applications began to emerge. Engineers quickly began to push the boundaries to power lights, run audio and video, take people’s pulses or test the weather, all using dev kits.

Before long, dev kits became so powerful they began to perform computational tasks. That was the impetus for certain organizations to recognize the potential of SBCs in a classroom setting. These groups would launch a series of chip-embedded boards that were more powerful than any others before them, running full programs like a complete computer but at a fraction of the cost, and bring them to students. Computer science suddenly became more accessible to the masses than at any other point in history.

In 2006, a group based out of the University of Cambridge’s Computer Science Laboratory decided to develop a solution that would allow kids to learn how to program without the need for a full-fledged home computer. The result was Raspberry Pi, a credit card-sized computer that sold for just $35. The Raspberry Pi was quickly picked up by both public and private schools across the U.K. before making its leap across the pond to the U.S.

Today, teachers can find a full library of classroom guides, lesson plans and additional education services through the Raspberry Pi Foundation and its partners, like element14. Many teachers also have joined the Foundation as full-time employees to help develop more free learning resources.

The Raspberry Pi isn’t the only example of a single board computer to have taken over the classroom.

July 2008 saw the birth of the nonprofit BeagleBoard.org and the BeagleBone Black, another low-cost, open source community-supported board that sells for $45. Today, BeagleBoard powers robotics classes and teams across the country and BeagleBoard.org boasts a full host of educational resources and workshops via its community.

Of course, we can’t forget one of the original boards to start it all, the Arduino – developed for students by a group of university students in Italy in 2005. Arduino has since established itself as an ideal solution for students looking to write code, model prototypes and dip their toes in hardware debugging. In classrooms in particular, the Arduino has picked up steam as a great resource to learn about arrays, loops, variables, controls and a slew of other programming capabilities.

The success of Arduino, BeagleBoard and Raspberry Pi have given way to notable tech players tossing their own hats into the ring with similar interpretations on the microcomputer – like the Micro Bit from BBC and the Edison from Intel, among others. And a number of small players like CHIP and Cubit have crowd-funded their development on Kickstarter and Indiegogo.

I’ve been very fortunate to see firsthand the influence SBCs can have on students. My son, an engineering major in college, and his friends are always thinking up new ways to use single board computers in their projects. Where once they had to rely on heavy, cumbersome and expensive laptops to build and power their robots, they now use SBCs. Much like what dev kits did for professional engineers, SBCs let students experiment with new designs with a lot less risk and damage potential.

It’s refreshing to see students and aspiring engineers embrace a technology that was just a short while ago met with great prejudice by professional engineers. It wasn’t uncommon for single board computers to be seen as “fluff,” relegated to hobbyists and tinkerers. But those engineers learned all too quickly the myriad of opportunities SBCs can present from a design perspective.

While we’re still trying to bridge the gap between education-related tools and professional applications, we’re seeing more of a move in that direction. Industry veterans are taking risks on simpler technology and leveraging them to bring their designs into production faster and more affordably. In turn, manufacturers are presenting even simpler, more affordable SBCs that are being embraced by professionals and students alike.

Many of the single board computers we have come to learn and love today were started by a community, and it is a community effort that will help bring more of them into more classrooms around the country. As manufacturers develop faster, more advanced SBCs, distributors and schools are partnering to put one in the hands of each child at a younger age.

The response has been nothing short of overwhelming. At element14 we’ve personally donated products to local schools across the country for online programming and engineering courses that have quickly filled up.

It’s clear to see that single board computers aren’t just shiny toys to tide kids over while they’re in school. Many of the students who are exposed to SBCs in the classroom, with support from their teachers and parents, will grow up to be our next generation of engineers. The skills, tools and resources they acquire throughout their education has the potential to influence not just the professional engineering space, but the way we as everyday consumers interact with the devices we have come to depend on thanks to those same engineers.

Arduino vs BeagleBone vs Raspberry Pi

Useful way to compare SBCs even though reviewed boards have evolved since this review.
http://makezine.com/2013/04/15/arduino-uno-vs-beaglebone-vs-raspberry-pi/

Ken Kaminski is a Senior Marketing Manager at Newark element14, a global electronics distributor and online community of more than 330,000 design engineers.