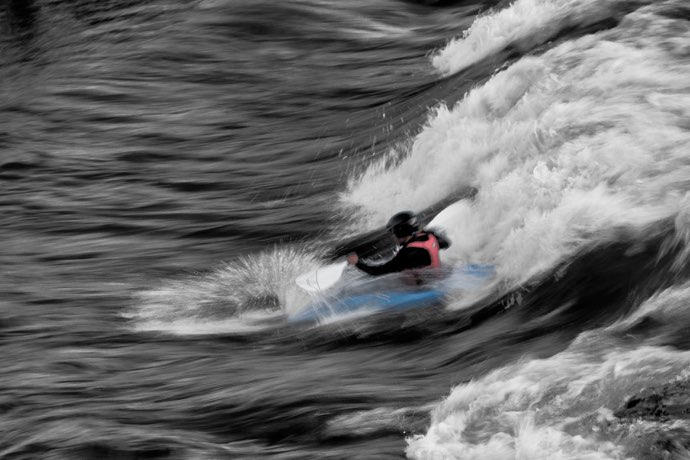 Before we begin, these Code Snippets articles demonstrate how a single task or concept is handled in different programming languages. The goal is to help you feel more comfortable reading unfamiliar code, as well as explore differences between languages. The word red in English sounds and looks similar to rouge in French and rojo in Spanish. Programming languages often have similarities that provide insights into each language.

You might think a wide flooded river flows anywhere it wants. However, the landscape of dirt and rocks water passes over defines how fast and where the river flows. Programming languages work in a similar way. Programmers create a set of instructions to follow after a person does things with the software application. Typing your name in a website form then clicking a button to submit the data, for example, causes the website code to process the data from the submitted form.

How do programming languages control the flow or processing of these instructions? The answers are really interesting.

Probably you know about the if/elseif/else construction in programming. You write code that provides a series of conditions with instructions what to do when those conditions are met. For example, if a website form is submitted with no data, the first condition might be to check for no data returned from the form. If a person submits a form with no data, then the website displays an error message. Otherwise (else), the website processes the data from the form.

This is simple stuff. Far more interesting are the concepts of loops, early exit, redo, and retry which are part of control flows.

A number of programming languages also use a flexible control structure to replace the more rigid if/elseif/else structure. In C and Swift, as we’ll see below, it’s called a switch statement, with a case replacing an if statement, and it’s used to match as many cases as you want, with each case triggering code instructions. It’s a visually more clean way to organize the flow of instructions.

To control programming instructions, code is organized into blocks. Whether or not the code instructions inside a block are used depends on whether or not the conditions for the block are met, usually with the if/elseif/else control flow structure. If a person submits a form with no data, for example, then a block of code returns an error message.

Here’s how the C language handles multiple if statements with a switch, like a pinball machine where the ball slips down through a series of paddles and bumpers, except programming uses a set of code instructions:

From the first code example, you know the hedgehogs variable is defined as an integer (number) and set to 10. This code uses the value of hedgehogs (which is 10) to determine what code instructions to do. Because we have 10 hedgehogs, can you tell which instructions are used? It’s the default case, isn’t it? It’s the only case that could include a value of 10. With a switch control structure, default works similar to the else part of an if/else control structure. The break; bit of code exits the switch.

Also notice, in this switch example, how instructions for 3 hedgehogs is the same as 4 hedgehogs. You can stack multiple conditions to save space and make your code more visually understandable.

Code instructions also can be set to loop while or until a condition is met. These are called while and for control structures. Here’s how they work in the C language:

This code will loop while the value of hedgehogs is less than or equal to (<=) 10. The //do something part has any instructions, often increasing or decreasing the value of a variable like hedgehogs until the while condition is met or exceeded.

Loops also can do things as part of a for control structure. It works similar to a while statement but the conditions are grouped into a single tight package, usually in this form in the C language:

for (initialization; test; increment) {
//do something
}

where initialization is the initial value or assignment of a value to a variable, test is the condition to test for during the loop, and increment indicates whether to add or subtract from the initial value until the for condition is met or exceeded. Here's an example in C:

Can you tell what this for control flow structure prints out? It prints out 5 4 3 2 1.

Now let's make this a little less scary and reverse this for loop code:

We've spent a lot of time with the C language because it has influenced many other programming languages. Let's quickly look at control structures in one or two other languages to find differences.

Here's an if/elseif/else control flow structure in Python, from their documentation:

There are a few wonderful differences here between Python and C. Notice how elseif becomes elif. And how the curly braces in C are replaced with a single colon after the condition is stated. As it happens, this if/elif control structure in Python is used instead of the switch structure in C and other languages.

And here's a for structure written in Python:

This prints this output:

Of course, Python has many more ways to control the use of code instructions.

Let's look at Apple's new programming language, Swift, to see how they do conditionals and control flow structures. Most people are not familiar with the language and, as a result, Swift has interesting solutions to the problem of controlling code instructions.

There are a couple neat things here, given the C and Python examples. Swift uses curly braces, like C, but doesn't wrap statements (the temperatureInFahrenheit <= 32 bit) in braces, like Python. As in the C language, in Swift variables are set with a prefix (var). However, var doesn't specify the type for the variable. In this case, the temperatureInFahrenheit variable is set to an integer type with a value of 30. With C, if you recall, we set the variable for the number of hedgehogs as int for an integer or number, like this:

Even more interesting are the differences between Swift and C with switch control structures. Here is a switch written in Swift:

Remember how the C programming language let you stack case statements? Here's a switch structure in C, from earlier:

In Swift, you can't combine or stack case 3 and case 4. Stacking case statements one on top of the other generates an error message. Instead, you put all the conditions in a comma-separated list. When a match is made, then code instructions are executed. Also notice how the Swift code has no break instructions at the end of each case statement? In Swift, the break statement is optional. It's implied.

While this article is long, hopefully you can see how a simple problem — how to control the use of code instructions — is solved by a few programming languages, in ways both similar and different.