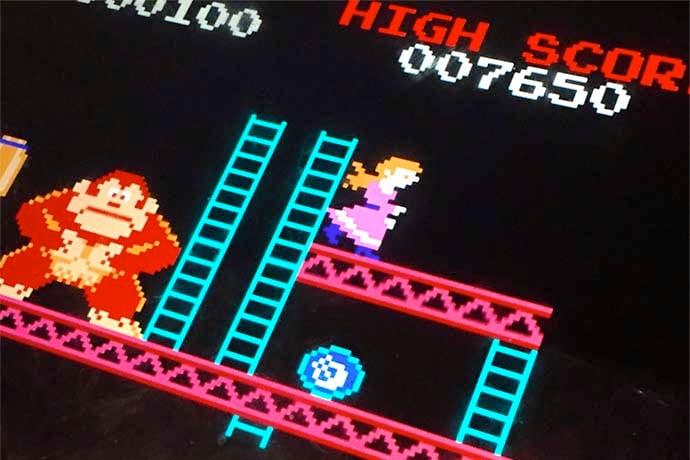 2013 may have marked the beginning of the eighth video game console generation, but millions of gamers still cherish gaming’s early days. However, many gamers interested in revisiting classics like Super Mario Bros. or Castlevania may find it difficult to track down working consoles and copies of these games. For those without access to a Nintendo Entertainment System (NES) or old arcade machines, a variety of online emulators, digital distribution platforms, and rereleases help preserve gaming history and provide easier methods to play classic video games today.

Another method for playing an old game today is to take advantage of games that are rereleased by publishers or developers. Probably the best example of this would be the Nintendo Wii U’s virtual console. The virtual console is Nintendo’s online store that can be found through the Wii U. Over the years Nintendo has rereleased games that were originally from the NES, SNES, Nintendo 64, Game Boy Advance, and Nintendo DS. All these rereleases, which include iconic games like The Legend of Zelda, Donkey Kong Country, and Super Mario 64, are available digitally and can be downloaded onto the Wii U.

Online emulators aren’t the only available method to experience older video games. A variety of digital distribution platforms such as Valve’s Steam and GOG (Good Old Games) offer massive libraries of PC games both new and old. Despite the age of some of these games, Steam and GOG are able to make old PC titles run remarkably well on modern computer hardware. Taking into consideration that the physical copies of many PC games cannot be played by a modern computer, digital distribution platforms such as Steam and GOG are the best option for anyone hoping to play classic PC titles like Deus Ex or Half-Life.

One other notable example of rereleased games is AtGames’ Atari Flashback console series. According to AtGames’ website, the Atari Flashback 6, the most recent iteration, comes with 100 Atari 2600 games loaded on the console. This includes well known titles like Missile Command and Asteroids as well as the bizarrely titled Strip Off and 3D Tic-Tac-Toe. While the Atari Flashback is more focused on one console than Nintendo’s method of selling games digitally from their older consoles, both would be good options for a person hoping to find very old games on a console that is actually sold today.

Unlike more broadly focused sites, MAME offers emulation software for arcade games. MAME also offers its source code for “learning and development purposes” according to the homepage. Unlike Game Oldies, those wishing to use MAME will need to download software before they can play.

Game Oldies offers games from 16-bit consoles like the Super NES to the original Playstation. Games are played in the browser and it’s a simple process of clicking on a game and selecting the Play Now button.

In high school Jordan built robots. These days he writes, mostly about video games, at http://nonstalgia.com/ and on Twitter at @holmdahlilama.