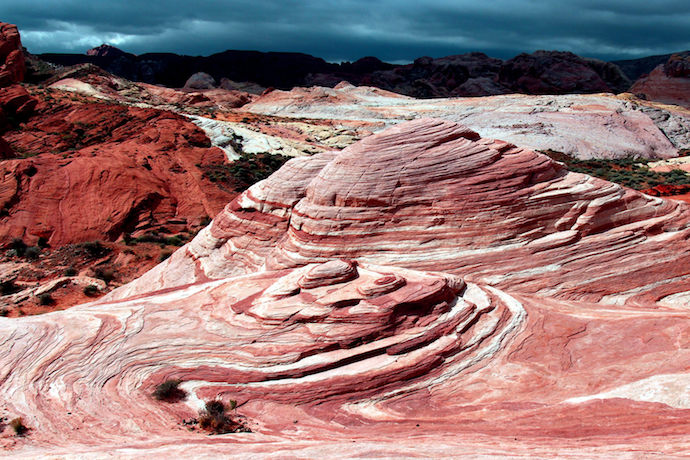 In the past issues, we’ve covered everything from getting started in the game, to getting good equipment, to ending the game and even playing alongside your friends. During your adventures, you may have found a strange red powder called ‘redstone’ that can be mined out. They come in ore that looks like this:

You’ll quickly find out this is nothing like other resources you can mine. For one, it doesn’t make any armor or weapons like other ores. When you try to place raw redstone on the ground, it will appear as a red line instead of a block. What’s going on here?

Redstone works a little differently than other blocks. Its main use isn’t to build houses or to craft powerful items with it. Instead, you use redstone like you would an electrical wire. You can send charges down redstone pathways to activate machinery, which then allows you to automate simple tasks. So, how do you use it?

This means that the redstone is receiving a charge and will activate any machinery that it’s connected to. You can use the torch to test out your redstone network before you place down an activator for it, so this is very useful. So, what can you activate with redstone?

One thing you can automate are doors. You may notice that you can craft iron doors, but have no idea how to open them. Iron doors can only be opened by redstone charges, meaning you can set up a secure way to keep the baddies out of your fortress. Set up your redstone so that the charge reaches the bottom of the door, like this:

Now when you apply the torch to the redstone,the door will open.

You can even use redstone to dispense items you’ve stocked beforehand. Create a dispenser, load it full of items, and then send a redstone charge to it to make it spit out an item. Remember that you need to have the redstone going toward the block, like this:

Even better, if you load the dispenser with arrows, it will shoot out a deadly shot every time it detects a redstone charge for an automated defense mechanism!

If you use TNT in your mining but don’t like to get up close and personal when setting them off, TNT can also be triggered with redstone. Simply ‘wire it up’ and then activate the redstone line to set off the explosives from a safe distance. No more running away as fast as you can!

This is all well and good, but having to manually place a redstone torch when you want to activate things kind of makes the ‘automatic’ part redundant, doesn’t it? Let’s make it so we can do things with the touch of a button — literally!

Buttons can transmit redstone signals when they’re pushed. Place them on a block, then lead the redstone line into the block like you did the blocks above. Now when you push the button, you’ll send a redstone charge down the line and activate whatever is at the end.

Similarly, pressure plates can act like buttons on the floor. Stone pressure plates only trigger when a monster or human stands on it, while wooden ones will trigger if an item is placed atop of it. You can use these to activate redstone contraptions; perhaps to open a door while you walk, or to unleash a volley of arrows on any monster that steps on it!

We’ve talked a lot about redstone, but in truth, we’ve only just scratched the surface. There’s still repeaters, logic gates, pistons, and even powered minecart rails for you to explore. As always, these can be found in the additional links section to explore. We’ve given you the basics; now make some great inventions of your own!

To get you started, why not try making these?