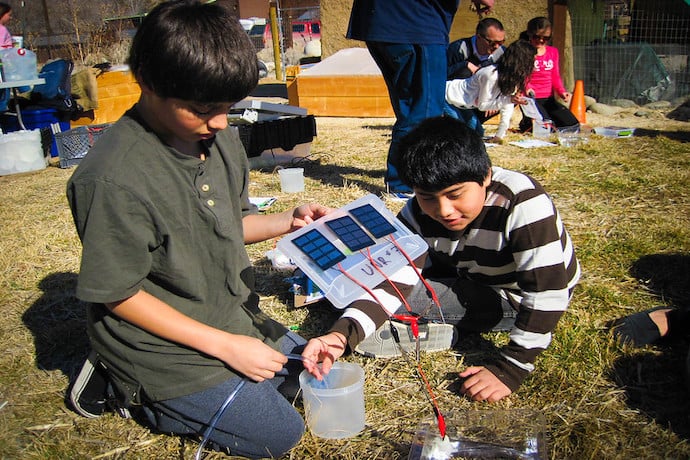 Weather-related devices, car computers, smart refrigerators and appliances, personal health monitors, and shipping container monitors are examples of the internet of things (IoT). They have computers that collect data which is processed on the device or sent elsewhere to be evaluated.

In the world of the internet of things, engineers are really excited to put their devices all around the world. They want to put gadgets in fields, underwater, up mountains, and all around our cities and towns. There’s one problem, though; how do you power them all?

You can’t really plug them into the mains; after all, there are no plug sockets in the sea! Batteries are a good idea, but there’s the problem of having to go out and change them every so often. It’s better to have it so they can power themselves instead of needing us to power them.

While this does open the door for stuff like solar power, engineers can go one step further. IoT devices are designed to use as little energy as possible so they can properly “survive” in the wild. This allows engineers to draw energy from places you wouldn’t expect!

Let’s take a look at IoT devices in the open sea. How do you think a device could generate energy while in the water? If it’s floating, solar power might work — but what if it’s underwater?

Some really smart scientists have found something to power an underwater device with; sound. Sound waves contain energy — that’s how it can reach our ears in the first place. Researchers have found a way to transmit a sound wave through the water which a submerged IoT device can use for energy.

When one of these underwater devices receives energy from a sound wave, it has one of two choices. It can either use the energy to send a message back or — if it doesn’t need to phone home — it can choose to “eat” the energy to keep its rechargeable battery topped up.

How about drawing energy from something that’s alive? You may have heard of a potato clock, which uses the really small amount of electricity in a potato to display the time. Scientists have pushed this one step further to harvest energy from grass. Yes, the very same stuff that grows in gardens!

These little sensors can be placed in fields and used to monitor the soil quality. This is great for farmers and gardeners because they can track how their plants are doing without leaving their armchair.

To do this, the sensor drinks up the electricity generated by plants. Before you think about plugging your phone into your lawn, it’s worth mentioning that this method only generates a 2 milliwatt charge — that’s 0.002 watts! Very tiny!

How to extract energy from grass