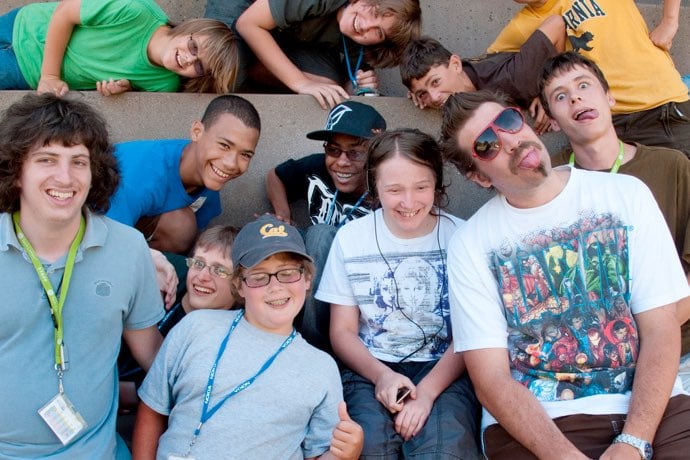 If your child learns differently and has special needs, look into technology summer camps like Tech Kids Unlimited with additional staff and a low ratio of teachers and assistants to children. The ideal ratio should be two kids for each teacher or assistant to answer questions without disrupting the class. It's also important to know if the teacher has experience how to work with kids who may not keep up with the class.

How to Find a Summer Tech Camp?

Aside from asking your kids if their friends have gone to fun summer tech camps, and asking other parents, searching online with the phrase “technology summer camps” or “summer tech camps” plus your city name might reveal other choices to investigate. The local YMCA or YWCA also might have summer camps with technology options. Also look into local high schools, community colleges, technical schools, and universities.

If your child has a favorite program, for example, Tynker or Scratch, check to see if they offer summer tech camps. In 2014, Tynker offered courses for kids in the San Francisco Bay Area.

How to Evaluate a Camp?

The number of years in business is a great metric because a company that can successfully run camps over years suggests they have happy kids and parents. Definitely make calls to camps and ask for references. Another metric might be teacher and camp organizer turnover rate. Ask if teachers have a professional background with programming (many teachers are college kids with excellent skills, which is fine). I’ve also asked how a camp evaluates the skill level of their teachers and classroom aides.

What kids learn also matters: ask your kids if the technology or software taught interests them, especially if they learn a subject like game design instead of programming software like Minecraft.

You also might want to search the camp name online to see what people say about a specific technology summer camp, for example, “Camp X problems” or “Camp X fun”. Other factors to consider are the student to teacher ratio, the background of the teachers, and the ratio of computers per child. One computer per two children is not bad if the camp does pair programming, for example, where two kids work together to learn coding. Equally important, ask about the background of the camp organizers, the people who make the camp run every day and solve all the little problems that happen.

Also ask your friends with kids. We sent our son to an iD Tech camp at Adelphi University here on Long Island, New York last summer with great results. The camp organizer was flexible and pro-active while the teacher knew his stuff and loved kids. However, don't assume the experience of other people will be your own. Whatever camp you look into, do ask enough questions to feel comfortable.

Another important question to ask has to do with their emergency procedures. Most camps never have a problem. But it’s important to know a camp or group has a plan in place if the building is evacuated or a child needs medical assistance.

How to Pay for a Camp?

Some summer tech camps are very expensive because they have high costs for space, staff, and related expenses. Do not be afraid to ask if they offer scholarships, or breaks based on income. Many camps also offer discounts for paying early, or registering early. And groups like the YMCA or Coder Dojo have reasonable or no costs, depending on your situation.

The canonical list of camps maintained by this magazine which attempts to list as many tech camps as possible around the world.
https://www.kidscodecs.com/resources/technology-summer-camps-kids/

One and two week camps at colleges and universities in US. Kids 7-17 plus Teen Camps. Registration starts November 1, 2013 for summer 2014.
http://www.idtech.com/

Includes Vancouver, Toronto, and Montreal locations in Canada, as well as US. Ages 6 to 17 and adults.
http://www.digitalmediaacademy.org/

An international coding club to connect programming professionals with kids 7-17 and their parents (if parents want to get involved).
http://www.coderdojo.com

Based in Southern California with a focus on Python, Scratch, and Raspberry Pi.
http://kidscancode.org/

Based in the New York City area, this camp specializes in kids who learn differently with special needs.
http://www.techkidsunlimited.org/

Five two-week summer terms for kids 13-18. Learn to write code using the same technologies used by coders at some of the coolest tech companies around, like Twitter and Hulu.
http://summer.flatironschool.com/

Tynker offers interactive one week summer courses for children to learn programming and game design at their own pace at home, in addition to their grade based curriculum for schools. Based in the San Francisco Bay Area.
http://www.tynker.com/summer-camps/