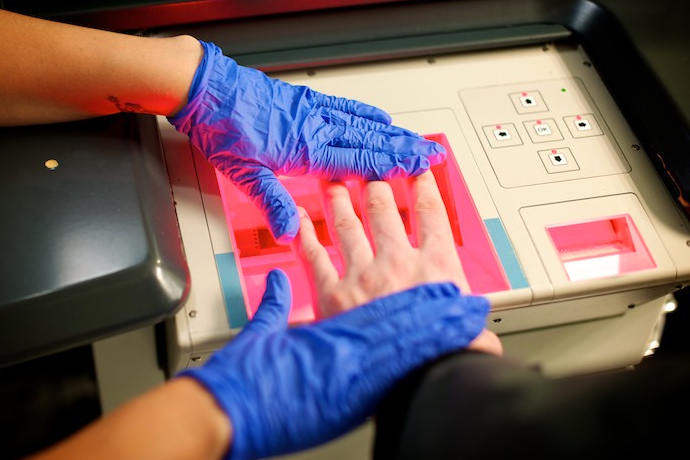 If you’ve ever seen an exciting spy movie, there was probably a scene where someone unlocked a lock by putting their finger or eye against a device. This may seem like fancy technology that’s only seen on the big screens, but the truth is, these kinds of scans are very quickly rolling out to the public. With iPhones using fingerprint scanning as an unlock method, and Windows 10 recently adding methods to use your body as a validation tool, it’s quickly becoming less of a spy gadget and more of a public tool.

These kind of scans are called ‘biometric scans’, and they focus on parts of the body that are unique to you. Usually, biometric scans either use fingerprints or eyes to validate a user. These are quick and easy to scan, while also being unique enough to prevent false validations from occurring.

You may already know about the unique nature of fingerprints; they’re often used by the police to identify who handled what objects. Computers can use this identifying element of fingerprints to check if you are who you are. They do this by scanning in the ridges and dips on your fingers, then comparing it to its log of your finger. If it’s a match, you’re in!

Fingerprints are an easy one; but how can you identify someone by their eyes? It turns out that the iris (the coloured part of an eye) is a perfect way to identify someone. If you look very close at an iris, you’ll see that it has a complex pattern of colours, which is unique to each person. Computers can scan for this pattern to identify people with just a glance.

Programming these scans is very tricky. A computer doesn’t know what ‘a fingerprint’ or ‘an iris’ is, so you can’t give it two images and expect it to match them automatically! Scanners have to take the image of the fingerprint or iris and convert it into data, which it then compares to what it has on its database.

This can be hard to do accurately; people may put their finger on the scanner in different orientations, and the iris can grow and shrink depending on the amount of light in the room. When the scanner receives a fingerprint or iris scan, it needs to take all this into account when matching it to a user’s profile. This requires a lot of complicated mathematics to be accurate!

And this is only scratching the tip of the iceberg. While fingerprint and iris scans are the more common types on devices, you can also scan the contours of someone’s face, and detect their voice patterns from a spoken sentence. All of these have their own challenges for security developers to defeat.

But why are we doing all of these special scans to access a phone or laptop; isn’t a password enough? If you think about it, biometric scans are a lot safer than passwords. Passwords can be cracked or stolen, but a biometric scan is much harder to ‘take’. They’re not impenetrable — fingerprint scanners can be defeated with a mold of the user’s finger, for instance — but they’re a lot safer than basic passwords.

They’re so useful, in fact, that special USB attachments are available that can read your fingerprint. Plug it into a computer that supports fingerprint logins, and you can touch your finger on it to login to your PC. This is great for people who have sensitive data on their computers, or just for those who don’t want others prying in their computer!

The Future of Biometrics