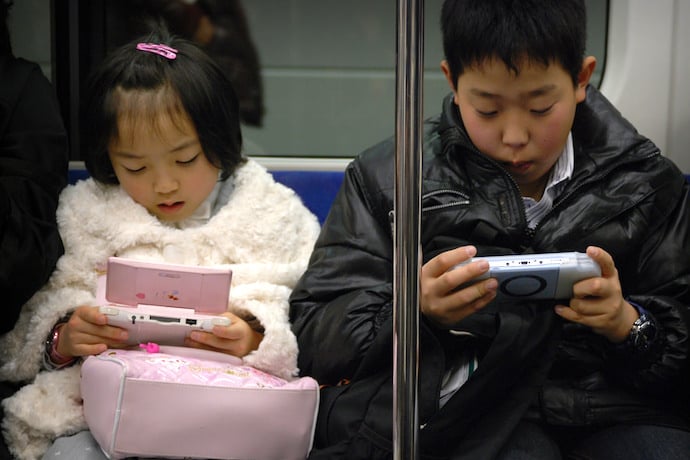 Do you ever think about how people sold video games pre-internet? These days, a lone developer can make a game by themselves and distribute it onto the internet for the public to play. This is how Notch managed to get his game, Minecraft, out onto the market — and look how well that game did!

Back in the 80s and early 90s, it was hard for a developer to get their name out there. There weren’t really many big game stores, and if there were, they’d only take games handled by big publishers. The internet was in its fledgling phase, and wasn’t really suitable for distributing games yet. If a small group of people (or just one person!) wanted to sell their games, they’d have to get creative with their methods.

The most intriguing way that developers got their name out is via shareware. Shareware is a special kind of software licence that allows people to make as many copies of it as they like. You know how it’s illegal to make a copy of a CD, or to download music and video games without paying? Software under a shareware license allowed people to do both of those things legally.

Unfortunately, back then, there were no CDs or internet to distribute software on. Instead, developers used ‘floppy disks’, a very early version of the modern-day CD. These were, as the name suggests, very floppy, and they had to be housed in a plastic shell to keep them safe. A metal bar at the top would slide open when placed into a PC so it could read the disk. You may have seen a floppy disk used as an icon for a save feature in software.

You could take a floppy disk and make multiple copies of it to give out to friends, which meant piracy was quite rampant. The motto “don’t copy that floppy” was invented by the Software Publishers Association to raise awareness of piracy. While some people were fighting the copying of floppy disks, independent developers were capitalising on this technology.

First, an independent developer would make a ‘demo version’ of their game. This would typically have less levels than the main game, be missing some features, and may even use older graphics than the paid version. This demo version would be loaded onto a floppy disk (or multiple disks; one floppy could only hold 1.44MB of data!) and labelled ‘shareware’. They would then be given out to gamers to try out the game.

Because the demo version was under a shareware license, everyone with the disk could distribute it as much as they like. This meant that, if they really enjoyed the game, they could make copies of the demo version legally and give the disks to their friends. And if they liked the game, they too could make copies and send it to their friends. The goal for early game developers was to have one shareware floppy disk be copied multiple times and spread around the gaming scene.

Given the ‘collectability’ of shareware, gamers took to shareware well. You could meet up with your other gamer friends, get given floppy disks with new games on it and give out your new favourite game; all very legally! It encouraged people to try out new games they’ve never heard of, which would in turn lead to more sales.

If someone decided they enjoyed the shareware version of the game, they could purchase the full version. Usually, the game contained contact details for the developers, either within the game itself or as an additional text file. This would contain the details on how to buy the full game, such as an address or phone number to call. You sent the money and your address to the developer, and in a few weeks time, the floppies containing the full game would come through the mail! It was much slower than today’s downloads, but a lot more personal.

With CDs taking off, there would be more room for games, meaning one CD could hold tens upon hundreds of shareware games for people to enjoy. Then the internet came along and gave developers a new avenue for sharing their games. Over time, however, the shareware model started to fade away as developers found it easier to get their name out to the public.

The next time you buy and download a video game from the internet, imagine having to send that money in the mail to the developer themselves, then waiting for the CDs to arrive. That was what the gaming scene revolved around 30 years ago!

The Story of Shareware

The History of Shareware