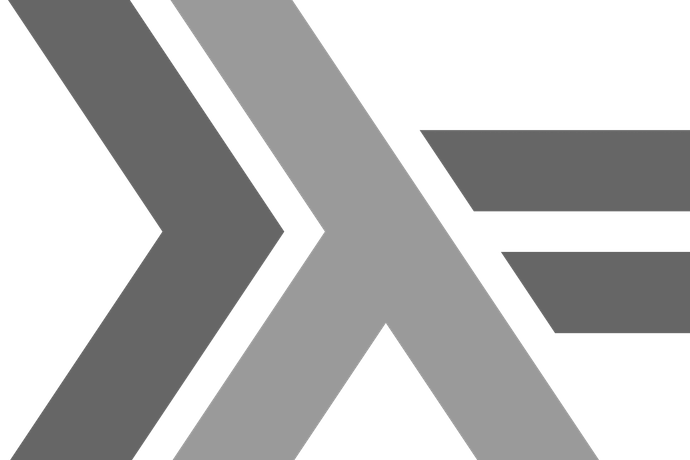 Last time we talked about the oldest thing you could even call a programming language, but now we’re going to talk about one of it’s most interesting descendents: Haskell!

Haskell is kind of a language for programming-language-design nerds. It was originally developed in the ’90s as a test-bed by language design researchers, but now it’s a mainstream programming language. Today it’s used for all sorts of applications and website building in addition to its more highbrow role in compiler writing, developing projects for the Department of Defense, or complex analysis software for large banks and the financial sector. I think one of the cooler Haskell projects I’ve come across lately is a music generation system called Tidal, which was used in the development of the No Man’s Sky soundtrack.

Haskell is a language with a lot of interesting features, some of them still unique after over 20 years! I’m going to focus on one of the weirder features about Haskell: programming with infinite loops.

First, I’ll say that the best way to get started with Haskell is The Haskell Platform. It comes with the main Haskell compiler, GHC (The Glorious Glasgow Haskell Compiler), as well as a number of libraries and tools that will be useful for getting started as a Haskell programmer. You can run the GHCi executable to get a nice little interactive command line just like you’ve seen in Ruby, Python, and a bunch of other languages.

Let’s break down the syntax quickly: messOfTwos is a definition of a list. Lists in Haskell are pretty standard for most programming languages and are built out of two operators, : (pronounced “cons”) and [] (pronounced nil). You can either build a list with these operators or with a convenient syntax like [1,2,3]. This is the same as the list 1:2:3:[] built step-by-step with cons.

The second line of this program says that main, the function that runs when you execute the whole program, is going to print out the first ten elements of the list messOfTwos.

We’re ready to talk about what’s so weird about this code: we can do this by looking at the definition of messOfTwos = 2:messOfTwos. We can read this aloud as “messOfTwos is a 2 followed by messOfTwos. In Haskell, we can treat the equals sign like a real equals in mathematics—which means that we can substitute in the definition of the left-hand side into the right-hand side.

Because Haskell is a lazy language. That’s not an insult! It’s a style of computation! A lazy language leaves all its definitions rolled-up, uncomputed, until they’re needed. Then it computes just enough to finish the program. That process of unrolling the definition that we did by hand up above? That’s actually what Haskell programs do when they run! Since the program needs to know the first ten elements of the list messOfTwos then it only unrolls until it knows what the first ten elements are and prints them out!

Hopefully this gives a little teeny taste of the fact that Haskell is unusual and interesting. We haven’t even gotten into some of the other interesting features like:

Haskell is actually one of my favorite languages, one that I’ve been using off and on for over a decade. I hope you check it out!

A simple introduction to Haskell

Another good (but less meme-y) introduction to Haskell

https://tidalcycles.org/
This is used by the band 65daysofstatic, who made the soundtrack of No Man’s Sky