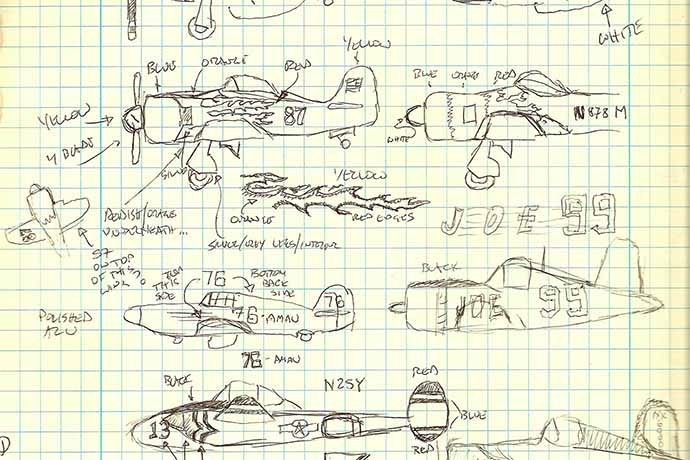 Welcome back to our series on creating your own programming language! In this article, we’ll be learning more about designing a language. I’ll be outlining a simple language I’ll call “Pangolin”, after the oddly adorable animal, and we’ll discuss the syntax and decisions that go into every step of the language. Separately, there will be interpreters for Pangolin available in the GitHub repository linked at the end of the article. These interpreters, written in several languages, will feature comments explaining how it works and how to adapt the techniques it describes for making your own language.

As a refresher, an interpreter is a program that runs your programming language. It has to:

In other words, an interpreter converts the code into something the computer can understand and execute.
So let’s start by talking more about how to design a language. After all, there are a lot of choices to make!
Most programming languages you might’ve seen before have a lot of different features. Things like:

Imagine having a language where you don’t have functions, while loops, or for loops. Instead, you can write exactly one action on each line of code. The number of steps your program can run is exactly the lines of code you write. This means you couldn’t make things like operating systems that have to run indefinitely, or user interfaces in webpages or games.

The easiest way to make a language Turing complete is to include some kind of while loop or to have functions. You basically just need some way to do an action over and over and over again until some condition is met. You don’t even need both of these, just one or the other is good enough. The lambda calculus, arguably the oldest programming language even though it predated computers, had only functions. The original version of Fortran only had loops.

Just because you can do everything with functions doesn’t mean you’d actually want to. It’s similar to why we don’t use assembly language, the most basic language that the CPU can understand, for all our programming. Most programming languages are equivalent in power but not equivalent in usability.

So our first goal here is to create a simple, yet usable, programming language.
Our first version of Pangolin, called PangolinV1, is going to have:

Now we’re going to outline the design choices of PangolinV1 and talk about what the other possibilities are!

In PangolinV1, all executed code returns a value, like in Ruby. There’s no distinction between expressions and statements, like in JavaScript or Python, where some code returns values and some code doesn’t. The only values in PangolinV1 are numbers and functions.
PangolinV1’s syntax doesn’t care about whitespace. (var x 10) and

both mean the same thing. Other languages, like Python and Haskell, require you to have a particular indentation, and whitespace is important.

Here are the rules for variables in PangolinV1:

For if expressions the condition is evaluated first: if it is a positive number, then execute the first option. If it’s 0, or a negative number, then execute the second option. If it evaluates to something not a number, like a function, then the program should crash immediately. The value returned by the if is the value returned by the code it ends up executing

Sequences of expressions are started with block, which turns a group of expressions into a single one. Each expression is executed in turn and then the result returned by the “block” is the value of the last expression evaluated.

The value returned at the end of the while loop is very arbitrary. It easily could have been anything, like the number 42 or a function that prints the first ten prime numbers.
It could even return something more useful, like the number of times the loop ran before it finished! Another choice we made is that you could have while loops where the body of the loop runs once no matter what. These were common in older languages and were generally called “do-while” loops.

Addition and subtraction do what you’d expect, but are written like

The comparison operators are < and =. In

if x is less than y then (< x y) returns 1, otherwise it returns 0. What should happen if you pass in a function instead of a number to <? Should that just automatically return 0? Should it cause the program to crash? For Pangolin, I chose to have it crash because I personally think if you compare a function and a number together then some kind of mistake happened and the program should stop so you can debug it. There are a lot of people who would disagree with that, though. Maybe you’re one of them!

Similarly, = returns 1 if both numbers are the same and 0 if they’re not, and if something that isn’t a number is passed to = then the program crashes immediately.

Functions in Pangolin are always unnamed. To create a named function, you need to assign a function value to a variable, like

When functions are called all their arguments are evaluated first, then the values are handed to the function.

There’s a really interesting design decision here, though, that might not be obvious at first! If a variable is passed to a function, what does that mean? Since variables are like boxes with data in them, does giving a variable to a function mean that you’re giving the function the entire box to play around with, or are you handing the function what’s in the box? In other words, if you have the following program should it print out 1 or 2?

In Pangolin, like most languages, when you create variables inside of a function those variables are only visible within the function.

Printing: You can print values with the built in print function.

Right now, print only prints the word function when you pass it a function, but often in the Lisp family of languages printing a function actually shows you the code of the function! That’s a really useful feature for debugging, and one you might want to try in your own languages.

So that’s our summary of Pangolin and some of the design choices that we had to make to design a language. There are a lot more small details to consider than you might think!

I hope you check out the PangolinV1 interpreters and follow the instructions there to try designing your own language.

Next time we’ll be talking about adding more features and kinds of data to Pangolin and how this opens up even more choices.

This is one part of a series on how people create programming languages. Read Part I.

A reference on Fortran 77, a version of Fortran that has call-by-reference functions and is a good glimpse into what older languages looked like
http://web.stanford.edu/class/me200c/tutorial_77/

PangolinV1 is meant to look like a simple, modern, language. Forth is an example of just how different a programming language can look while still being Turing complete
http://thinking-forth.sourceforge.net/

Another very different kind of programming language is Pharo, which has a common ancestor with Scratch!
http://pharo.org/

How To Create a Programming Language