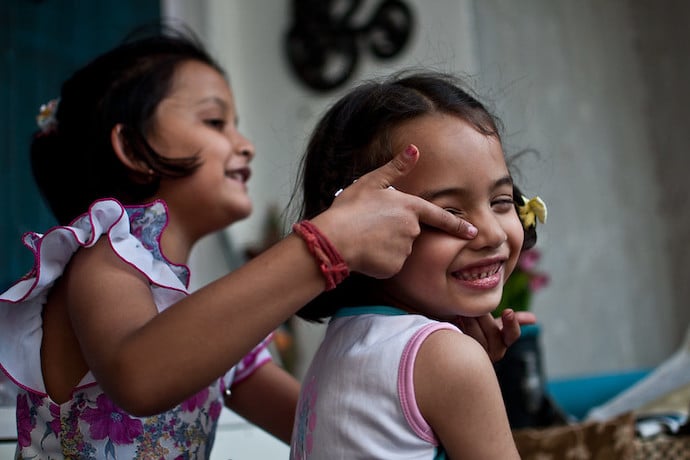 https://microbit.org/new-microbit/
The latest pocket-sized micro:bit computer is now four times faster with a built-in speaker and microphone plus the ability to experiment with AI and machine learning. The BBC first created the affordable micro:bit as a programmable computer kids can use to learn computing. There’s a number of websites with projects, as well as an online community to help and provide ideas for wearables, accessories, and other projects.

https://goodnews.greatergood.com/nasa-software/]
http://www.cbsnews.com/video/how-a-man-with-autism-used-his-ability-to-see-things-differently-to-help-nasa-analyze-data/
NASA telescopes generate massive amounts of data which, in turn, requires people and software to process and evaluate the data. Dan Burger, who is autistic, was hired to help NASA look for patterns in their telescope data. Dan developed an interactive software program called Filtergraph to visualize large data sets. The visualizations can be twisted and turned to see data about star size and age in different ways.

The Real Faces of 54 Roman Emperors

https://www.popularmechanics.com/technology/a34209169/real-faces-of-roman-emperors/
What did Roman emperors look like in real life? We have lots of statues and busts but they’re idealized images. Some emperors probably were less handsome or much older or heavier. Toronto designer Daniel Voshart created photorealistic portraits of Roman emperors using Photoshop, machine learning, and lots of research to find common traits for each man. The results are what the each of the 54 emperors would have looked like in real life. Photorealistic images present a more honest picture of what people looked like as they walked down a street. You might recognize them from these images.

https://www.polygon.com/2020/10/1/21497792/mario-kart-live-home-circuit-preview-nintendo-switch
Mario Kart is such a fun video game people have found lots of ways to play, including racing in real life while dressed as Mario, Luigi, and other characters. Now you can race with a Nintendo Switch and an actual kart with a built-in camera. Your home becomes a racetrack you can create by yourself and with friends. Then race, Mario Kart style!

https://www.popularmechanics.com/technology/robots/a34108996/giant-gundam-japan-testing-mode/
https://www.popularmechanics.com/technology/robots/a33381411/japan-giant-gundam-robot/
A huge 60 foot tall Gundam robot has been building all year in 2020 in the port of Yokohama, south of Tokyo. Gundams have appeared in 50 TV series and movies and a bunch of video games since 1979. It’s an incredible engineering feat to build one this tall that actually moves. It weighs about 15 tons which required a lot of engineering and design skills. Each hand is about six and half feet long. This Gundam can walk, bend its knees, turn its head, and make hand signals. It also can kneel then pick itself back up to a standing position. The Gundam project site has a lot of videos about their robot.