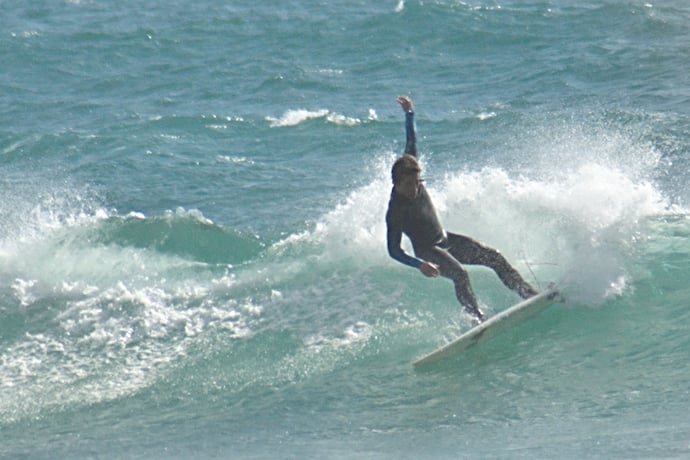 What do you get if two gigantic black holes crash into each other? A bigger black hole and huge waves of energy, at least that was what scientists thought.

To test their theory, scientists built an observatory.

The scientists who work at LIGO are testing theories about the universe. The theory of gravitational waves was proposed by Albert Einstein in 1916. Put simply, his theory says that all of space acts like a piece of fabric. When a planet moves in it, the fabric ripples. When a bigger object moves, the ripples should be bigger. If something collides with something else, there should be waves.

LIGO works on the clean sand approach to observing. Ecologists sometimes use a clean patch of sand to look for animal footprints. LIGO scientists have created a system to see the “waveprints.”

LIGO looks like a long bunch of pipes. They’re arranged in an L-shape with concrete structure at the center of the L. In fact the pipes are actually vacuum tubes and each tube runs four kilometers (2.5 miles) away from the concrete center.

Lasers light up these tubes. Following a predictable path, the light races down to the concrete area, hits a mirror and splits in two. Then one part goes back on the original side of the L, while the other goes down the second arm.

Scientists measure the laser beam’s every move. If a gravitational wave hits Earth, it would slow down the beam of light at one end of the L, while speeding up the light at the other end. This is what they wanted to see.

But they realized other things could change the laser’s pattern. A heavy truck or an earthquake could shake the vacuum tubes. Since scientists didn’t want to measure trucks, they built two detectors. They put one in Washington state and another 3,000 kilometers (about 1,900 miles) away in Louisiana. The scientists only pay attention to disturbances that are recorded by both detectors.

Neil Gehrels was one of the scientists on the LIGO team. Like most of the scientists he had another job as well. He worked at NASA Goddard Space Flight Center. So he saw the results of the lasers going back and forth in the tubes, but mostly he worked on other projects. LIGO kept going for 13 years.

Then on September 14, 2015, LIGO detected something. Scientists looking at the computer output thought they knew what it meant. The disturbance looked like what would happen if two giant black holes collided over a billion light years away. They had finally found a gravitational wave.

Except none of the team believed it.

“The computer system is set up with blind injections,” Gehrels explained, which is sort of like a fire drill. The computer inserts random signals so that physicists learn to respond and to filter the noise.

Only this wasn’t a drill.

“When I learned it wasn’t an injection, it just knocked my socks off.”

Gehrels and all the other scientists kept the discovery secret so they could check and recheck the data. On February 11, 2016, they finally held a press conference.

They had proof! Einstein’s gravitational waves were real. Headlines and newscasts all over the world trumpeted the discovery. In 2017, the three founders of the project won the Nobel Prize in physics.

Since then, a new LIGO observatory opened in Italy and scientists across the globe have seen waves from more black hole collisions. Gehrels said the next step is to find the source of these waves — that is locate where in the universe the collisions happened. That will come with more systems and more instruments. But for a while, Gehrels and his colleagues were happy to just ride the wave.