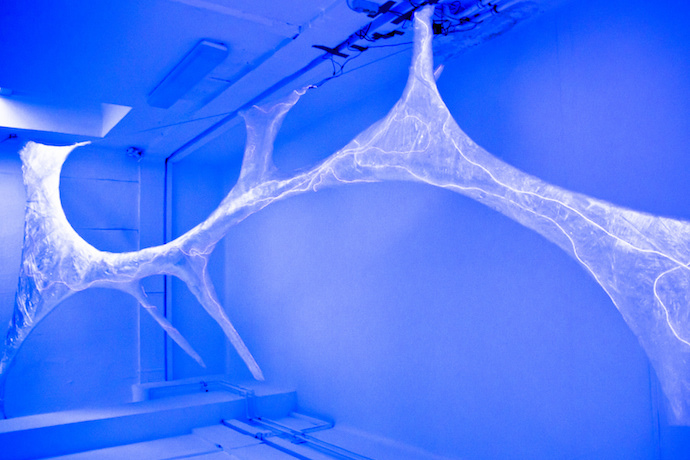 In the digital world, developers can tweak and tinker and take their time to find the perfect design. After all, if your virtual rocket blows up you can just click a button and make a new one! Cheap, quick, and easy. But computer simulations are also limited: they only work if their model is accurate. If the developer doesn’t program physics correctly, or forgets a piece of the puzzle, then it’s game over.

In 2005, when Professor Henry Markram started the Blue Brain Project (BBP), many scientists didn’t think it would work. The goal of the BBP was to create a detailed computer simulation of a mouse brain, down to every last neuron and synapse. It was an exciting idea. Neuroscience is a tricky field, since the object it studies — the brain — is hidden away inside our skulls. Even the most modern measuring technologies like EEGs and MRIs only provide brief glimpses into what’s going on. Imagine seeing a shadow and trying to figure out what it’s owner looks like!

As a result, creating new medicines and treating brain diseases is a game of trial and error. An accurate brain simulation could change that. But could that simulation ever be accurate?

Your brain is composed of neurons. Each neuron looks a bit like a tree, with roots and branches extending in many directions and connecting to dozens of other neurons. Together, they create a vast network — 85 billion neurons altogether! But while scientists understand the basics of neurons, they don’t know many specifics. For example, the shape of a neuron helps store your memories, but how exactly does this shape change when you eat an ice cream? When you pet a kitty? How does your brain decide which neuron to change?

Imagine watching an office building full of people speaking a language you don’t understand. You see that communications are happening, you might identify what each department is doing, but you’re going to have trouble predicting how one employee’s actions influence another.

Let’s say you’re simulating a race between two cars. Where do you start?

A computer works with numbers, so your first step is to represent real-life data using nothing but numbers. A car, for example, might be defined by its speed, size, and weight. For a race simulation it doesn’t matter how many doors a car has or what colour it is — these won’t affect the outcome of the race. You also have to model the environment: the length and width of the track, the slipperiness of the asphalt, the strength of the wind.

The second task is to write instructions that cover every possible action. What does a car do when the race starts? When the car arrives at a right turn? A left turn? What if it’s getting too close to another car? Notice that you’re only writing instructions for a single car — you’re not orchestrating the entire race. That would be way too complicated! Next, by changing a car’s speed or size, you can study the impact that these variables have on the outcome of the race. By tweaking more and more factors you’ll eventually find the right combination for the fastest possible car.

To be accurate, a simulation needs data. Lots of data. Researchers for the BBP start by dissecting mouse brains. They cut each brain into thin slices, then use special clamps, microscopes, and electrodes to document the type, shape, and location of each neuron. By gathering enough data, researchers hope to discover the rules that govern interactions between neurons. Then they can plug all these rules into their simulation software.

At this point, a single neuron is modelled using over 20,000 differential equations! Now imagine simulating 85 billions neurons talking to each other at the same time — definitely not something you can run on your home laptop! BBP uses the special Blue Gene supercomputer developed by IBM, which was also the inspiration behind the project’s name. Even with such a powerful computer, the simulation works 300 times slower than a real brain. That’s about 1 second of brain activity simulated every 5 minutes!

Computer scientists for the BBP look for ways to make these calculations more efficient. Not only is the project improving our understanding of biology, it’s forcing us to get better at computing as well.

The BBP is far from complete. Researchers can run selected experiments on it, but the grandiose initial vision of the project — developing new medicines, curing brain diseases — isn’t a reality yet. The BBP needs a lot more data and a lot more time. However, the model’s only going to get better through the years. And no matter what else it achieves — or doesn’t — the BBP represents a new step in scientific collaboration, with many different disciplines coming together to push the boundaries of what’s possible.

Henry Markram x TED: A brain in a supercomputer

Info on How the Brain Works