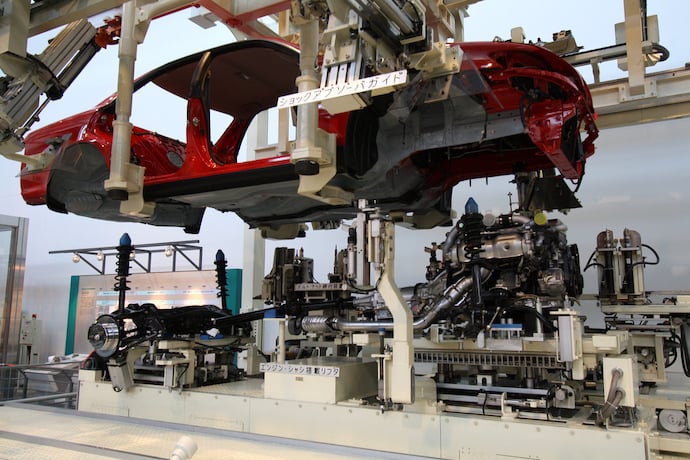 Last issue we talked about C, a language without a runtime that—despite being 40 years old—is still used all the time in programming operating systems, microcontrollers like the Arduino, and anything where you need a language that’s “close to bare metal” as some programmers say.

Well, in this issue we’ll be talking about the language, or rather languages, that are as close to bare metal as possible: assembly languages!

Assembly languages are the last human readable programming languages before the actual bit-strings that are the instruction codes to the processor itself. Every different family of processor designs has its own assembly language.

There are two major families of assembly languages/processor designs today: x64 (sometimes also called x86-64 or specifically Intel 64 or AMD64 if you want to name the manufacturer) and Arm. x64 includes the AMD and Intel chips you find in your desktop, laptop, or even most gaming consoles—with the notable exception of the Switch!

The other major family is Arm. Arm chips tend to be less powerful but use less power and generate less heat. These are the kind of processors you find in cell phones, tablets, and—as you might have guessed—the Nintendo Switch!

Registers are an important concept when we’re talking about how processors work, so let’s spend a little time on the concept.

Registers are the fastest form of storage in the entire computer! They’re basically storage built right into the CPU itself that can be accessed during a single clock cycle. A clock cycle is what’s being measured when you see processor speeds described in GHz. 1 GHz means “one billion times per second” and when you say something like “this processor has four 2 GHz cores” you’re saying that there are four processing units that each run at two-billion clock cycles per second.

For a 2 GHz processor, performing an operation on a register takes 0.5 billionths of a second. Well, since you can both “read from” and “write to” the same register in a single clock cycle, like if you’re incrementing a number by one, it’s even faster than that. That’s incredible! On the other hand, RAM is at best around ten times slower.

Each core of a processor has its own registers, but each register can only hold a tiny amount of data like 64 bits. Since a processor likely has at most a couple of dozen registers, this means that all the memory on the register amounts to maybe 1kB.

All this to say that operations on registers are important and that’s why every instruction set/assembly language is mostly made up of very fast operations that act on registers only rather than on the RAM!

Assembly languages tend to be pretty complicated to get started with and both Arm and x64 have their quirks. So rather than spend time trying to introduce either Arm assembly or x64 assembly I’m going to link you to my own assembly language for a simplified, fake processor.

I’m calling this fake architecture/language Asmar, which I pronounce like ASMR — the genre of videos and streams of people quietly talking and making noises into the microphone to be relaxing. Tiny sounds. Tiny language. It makes sense in my head, at least!

Now a full treatment of even Asmar is beyond the scope of what we cover in this article but I’ll explain a few of the concepts that Asmar has in common with real assembly languages. To start let’s look at a program in Asmar. This calculates the factorial of 4:

The idea of this program is that it uses r15 as the result of the function call to factorial, uses r14 to record where it jumps back to once the function is called, and puts the argument to the factorial function in r0.

So go ahead and head on over to my GitHub repo for the Asmar interpreter, instructions how to download/run it, and more detailed explanation of the language!

Reading and coding in Arm