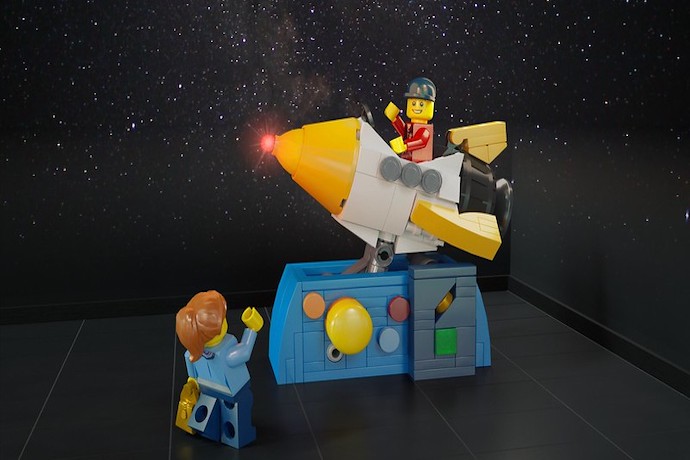 Xbox’s Adaptive Controller is designed to help people with disabilities play Xbox games. However, it doesn’t work with other game platforms. Rory Steel figured out how to adapt the controller for Nintendo Switch so his daughter can play Zelda with her friends.

Gamefruitpulp, a person who plays Minecraft, started to use Minecraft to build a 1:1 scale model of their home town in Toronto, Canada with the help of a small community. They’ve tracked progress in a series of YouTube videos. And architects and urban planners pointed them to an open source website that describes Toronto buildings and resources. They’re also hoping to get Minecraft developers to expand the limits of their game so they can build the tallest building in Toronto, the CN Tower, which is double the height allowed to build in Minecraft.

Math Finds the Best Way to Load an Airplane

If you’ve waited to board an airplane flight, then struggled down a crowded narrow plane aisle to your seat, maybe you’ve wondered if there’s a faster way to get everyone seated. Turns out math has solved this problem. You might think the solution is to have the fastest people board first. But you’d be wrong. If slow pokes board first, the math says the plane will load quickest. That’s the result of running 10000 simulations of four possible boarding algorithms.

A Mummy Speaks with 3D Printing

Nesyamun was an Egyptian priest who lived 3000 years ago and whose coffin noted that he had a wonderful voice. Fast forward to 2019 and 2020 and a team of scientists have used CT scans of Nesyamun’s mummy to 3D print his vocal layrnx, hooked it up to a loudspeaker, and replicated a single sound, a vowel that sounds like eh. Turns out there’s a lot of research around how humans and animals speak, including a mummy!

How Your Voice Sounds on Mars and Other Planets

Ever wonder how your voice might sound on a planet besides Earth? Our voices depend on vibrations from our larynx that travel through the atmosphere. On our planet, the nitrogen and lack of carbon dioxide in the air makes our voice vibrations travel well. On Mars, however, the atmosphere is 95% carbon dioxide and our voice vibrations would quickly be stopped by the thick atmosphere. Plus our blood would boil and bad things would happen in seconds. More likely our talking or singing would end in screams.