The quest to add intelligence to objects we create — also known as Artificial Intelligence or AI — goes back to ancient China, Egypt, and Greece, as well as Renaissance Europe and the Ottoman Empire.

AI is a mix of robots, expert systems, logic, and intelligent software that mimic human behavior to do useful tasks and help guide humans. While our tools today are more sophisticated, people have thought a long time about what it means to create human intelligence in a machine.

In the past, artificial intelligence evolved along a number of paths:

The biggest difference between modern and ancient AI? Modern AI includes the ability for computers to make decisions, for example, to learn based on their experiences sorting parts in a bin by trial and error.

Here is a simple timeline from the print magazine version of this story to give you an idea how some of these threads evolved into what we call artificial intelligence, from the ancient world at the top to the modern world at the bottom. 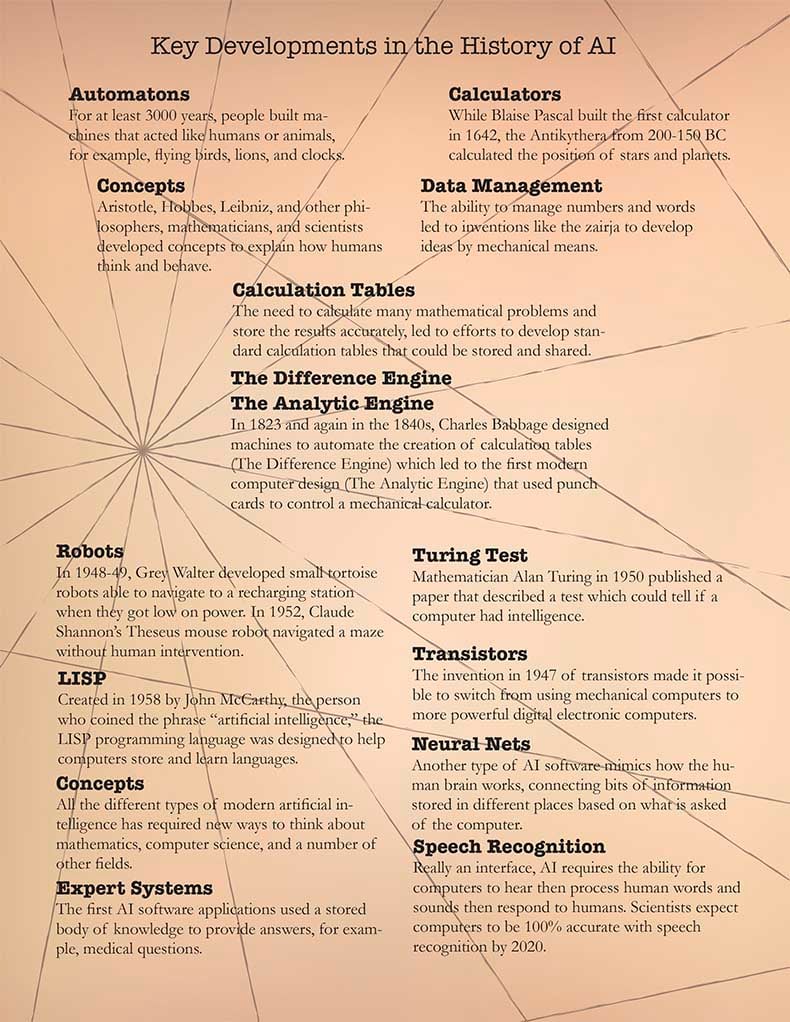 15 Key Moments in the History of Artificial Intelligence