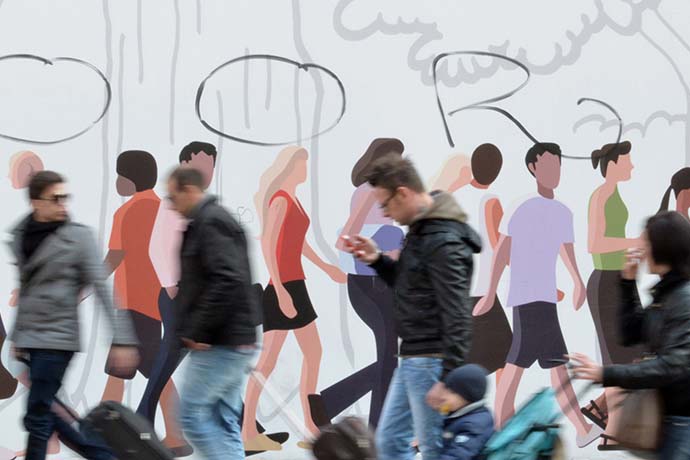 When you play a video game that is extremely realistic, every detail in place, or see picture of a really lifelike robot, what’s you reaction? Most likely your response is caution or rejection. Or you feel uneasy, creeped out.

Turns out humans have a primitive response to images and experiences that are too human but not human. We can lose ourselves in cartoons, video games with characters who clearly are not human, and movies with lots of special effects. But seeing someone near human makes us stop. We love Wall-E the robot but fear the Terminator (or at least Arnold Schwarzenegger).

This effect is called the Uncanny Valley. It could be as simple as confusion about what is real and what is fake. Or it could be a primitive fight or flight response our ancestors developed tens of thousands of years ago, a way to survive dangerous situations.

While video games have made the Uncanny Valley popular in the past few decades, how people respond to uncanny situations, and what makes an uncanny situation, has been debated for centuries.

One idea is that the more people know what is around them, the less likely something extremely lifelike will make them pause. It’s the surprise that causes hesitation and rejection. The word uncanny means something beyond our familiar knowledge or perceptions.

Another possible reason we reject characters and robots we see as too human might be they remind us of our mortality, the one disadvantage we have compared to robots. Presumably robots will outlive us. And robots pretend to be human but without all the joy and suffering humans go through. We might be jealous.

The term Uncanny Valley is credited to Dr. Masahiro Mori who wrote about robots, animatronics, and animation that tries to be lifelike but fails. Dr. Mori wanted to understand the reasons they failed. A 2007 study of 75 virtual characters, from Mickey Mouse to Lara Croft, found people rated lowest the most human character, from World of Warcraft.

While the Uncanny Valley could be a problem to solve for robotics, a recent BBC article suggests video games with their many human like characters are eroding the effect we have about unexpected and unusual differences. The more people play video games, the more they get used to uncannily human characters.

What do you think? Has playing video games made the strange not so strange to you?

Robots: Is the uncanny valley real?

How video games could be flattening the uncanny valley

10 Creepy Examples of the Uncanny Valley

The Uncanny Valley and Character Design

The Psychology of the Uncanny Valley