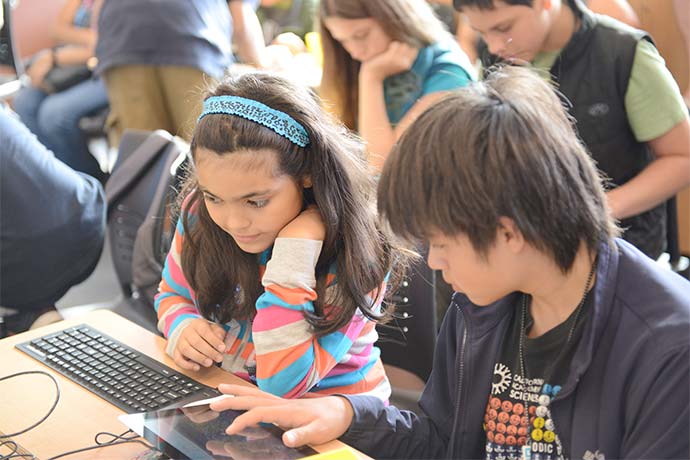 The most popular technology summer camps close enrollment some time in February through March. And local camps start to advertise this month, or at least set up, if you want to make phone calls to your local university, YMCA, YWCA, and other groups to see what they might offer this summer.

The bottom of this article also has a link to the Technology Summer Camp page for this magazine, along with ideas for questions to ask prospective camps and where you might find local camps.

In the meantime, here are a few options that might interest you:

One and two week day camps and residential camps at colleges and universities in United States. Kids 7-17 plus Teen Camps. Their registration starts November 1, 2013 for summer 2014.

Based in the New York City area, this camp specializes in kids who learn differently with special needs.

Another large camp like iD Tech, theirs includes Vancouver, Toronto, and Montreal locations in Canada, as well as universities and other locations in the United States. Ages 6 to 17 and adults.

Their tech summer camp locations are in Atlanta, Boston, Chicago, and Philadelphia.