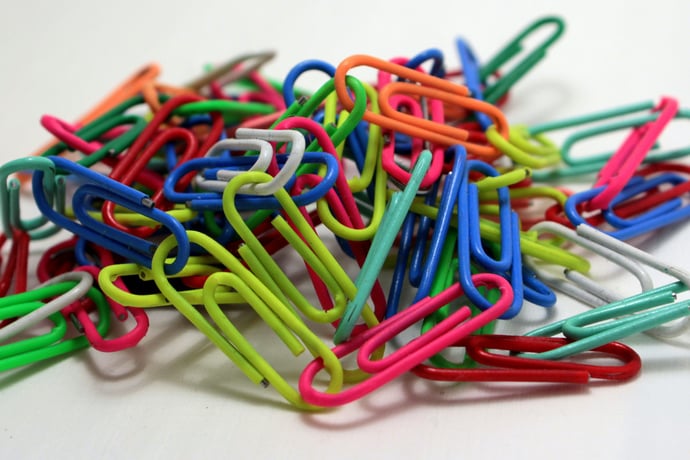 A simple thought experiment to shed light on the potential dangers of AI. Can we stop the earth being buried in paperclips?

We all know paperclips are thin metal wire bent into shapes to make it easy to hold together two or more sheets of paper. But are they dangerous? Could a machine that makes paperclips hurt people?

The computer would learn to do its job well. When the computer ran out of metal, for example, it might try to find other raw materials that could be turned into metal. When that no longer worked, the computer might look in our solar system, then beyond.

The computer would do its job but earth would be buried in mountains of paperclips.

Could people stop the computer before it destroyed earth? No. The computer would think of that possibility early on, as part of figuring out how to make sure it can produce paperclips. It would identify all obstacles, humans included, and plan how to prevent them.

Obviously, creating artificial intelligence to complete a task is not enough. Machines also must have values shared by humans. The paperclip making computer values creating paperclips even if it means using up every last bit of metal on earth. However, the result of using all the metal on earth destroys what humans value most, their need to live, to preserve human life.

The Paperclip Maximizer is a way to debate the limits of artificial intelligence. Creating a human-like intelligence in a computer might be the last thing humans do.

AI and the Paperclip Problem

The Way the World Ends: Not a Bang But a Paperclip