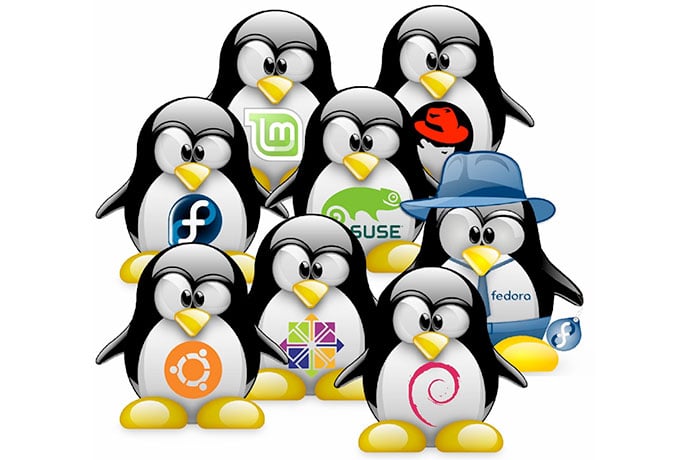 For example, 8 out of 10 of the most reliable web hosting companies use Linux operating systems. While Windows and Mac OS X are most common on desktop and laptop computers, Linux is far more common on web servers and workstations, computers more powerful than desktop computers.

Linux is similar to Unix, an open source computer system standard created by Bell Labs at AT&T in the 1970s and developed since by universities, other companies, and communities of software developers. While Unix costs money to use, Linux is freely available as source code and packaged software.

Linux includes a kernel, the core software of the operating system, and a set of software tools needed to run a computer, for example, tools to manage files. Linus Torvalds released the first Linux kernel in 1991 which gave Linux its name: a mash up of Linus and Unix. You’ve also probably seen Tux, the Linux mascot, a chubby penguin.

Since 1991, Linux has been actively developed by communities of software developers, some supported by companies like Canonical and Red Hat, with software freely available to anyone.

Linux also has evolved into different versions, also called flavors or distros (for distributions). Debian, Gentoo, and Fedora are common Linux distros and each has many flavors, for example, ChromeOS (used in Chromebooks), Ubuntu, and CentOS. There also are flavors like Lubuntu, Puppy Linux, and ubermix designed to revive old computer hardware too weak to run modern Windows software.

Here are common Linux distros and their differences.

Based on the Debian distribution of Linux, Ubuntu is supported by Canonical and emphasizes free open source software and ease of use for non-technical users. New versions for desktop computers and servers are released several times a year, more frequently than Debian. Future software development will make Ubuntu available for smartphones and tablets.

To make things more fun, and complicated, Mint, Kubuntu, Lubuntu, and a few other versions of Linux are built from Ubuntu.

CentOS is based on the Fedora distribution which, like Debian, has a focus on using free open source software. Fedora is supported by Red Hat, a commercial company like Canonical, which provides Red Hat Enterprise Linux (RHEL) as a stable operating system for large corporations to use with servers and computer workstations. CentOS is a free version of RHEL, with the proprietary Red Hat software removed and other tools added.

Google sells low cost laptop computers called Chromebooks which use Chrome OS as their operating system. Chrome OS is a version of the Gentoo distribution (Gentoo is a kind of penguin). Chrome OS is interesting lately, because Google has announced it will be merged into the Android operating system, which also uses the Linux kernel and software tools.