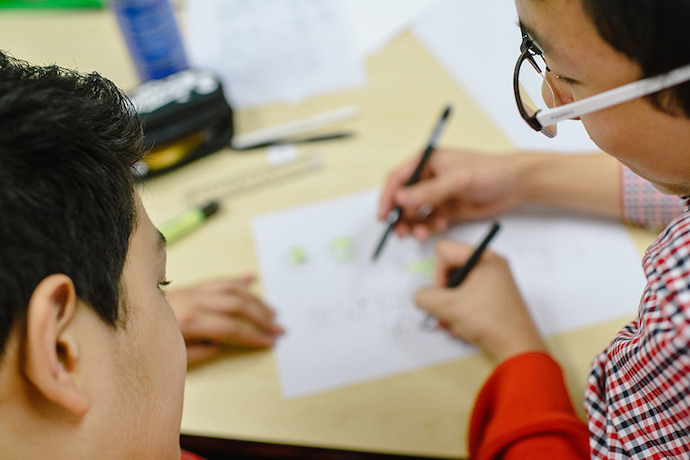 Now, we’re going to talk about a programming language completely unlike everything else we’ve seen but one that’s still exerting influence today: the lambda calculus.

The lambda calculus is old; old enough that it predates computers. It was invented by Alonzo Church, a mathematician, in the 1930s. You may not have heard of Church before, but you’ve probably heard of one of the students that worked for him: Alan Turing! There’s a neat connection here between Turing’s work and Church’s lambda calculus.

You see, Turing came up with what we now call “Turing machines” as a way of figuring out what you could do with a machine that calculates. That may be surprising, but even though computers didn’t yet exist, the idea of a machine that could do math had been around since the early 1800s when people like Ada Lovelace wrote the first algorithm for a very hypothetical computer called the Analytical Engine.

Church, on the other hand, tried to answer the question of the limits of computers by inventing a symbolic system, the lambda calculus, for doing calculations. It’s a kind of “algebra” of computation, where each expression you could write down in the lambda calculus executes to perform a complex calculation. In other words, it’s a language for programs you can write down that can be executed to calculate a number. It’s a programming language, though a special one that was meant to be calculated by hand instead!

That’s enough of a preface. What’s it actually look like? Well here’s how you write the numbers 0 through 3 in the lambda calculus:

And here’s an if-else-statement in the lambda calculus:

And here’s how you write a while-loop, call the Y-combinator!

Now, you’re probably looking at those and thinking “how are these numbers or if-statements or loops?” well they key to the lambda calculus is that it’s super-minimalist. Everything is a function in the lambda calculus. An anonymous, unnamed, function. This means you’re going to have to think really differently about what things like numbers mean.

Notice the literal word lambda in the Python example? Yeah, that’s a reference to the lambda calculus!

Now JavaScript and Python have other programming constructs and data in their programming language. The lambda calculus, on the other hand, is only its anonymous functions.

We can break the syntax of the lambda calculus into three pieces, then:

The lambda symbol signifies “hey, we’re starting to define a function”, by x we mean any letter, which is going to be the argument to the function, and the l means the body of the function.

Applying a function just means you write two (or more) things next to each other. So up above we have a part of a function that reads as:

The body of this function reads as “apply f to the result of applying x to x“.

Finally, you use a variable just by writing the variable. In our previous example, x is a use of the variable x we’ve set aside in the declaration:

Okay! So we’ve completely described how you write down lambda calculus programs, but how do you run them?

If the only thing in the language are functions then the only thing you could possibly do with these functions is call them! The fact that everything is a function in the lambda calculus can make it look more complicated than it is. Instead, let’s consider the following JavaScript expression:

What happens when this code is run? It runs the body of the function with the argument x replaced by 10 everywhere. In this case, the function returns 20.

Applying functions in the lambda calculus works exactly the same way! You just eat an argument and substitute it into the body of the function.

But that’s not right because the two different variables named z have different scopes; in other words, they were defined in two different places. Going back to JavaScript this is like how the following program:

This prints out 30 because the y you define on line 1 isn’t the same thing as the y in the function definition on line 2.

Rename the z to something not already in use:

Now when you reduce this function you get:

There! That fixes the problem.

We’re finally ready to explain how in the world these functions count as numbers!

Okay, but you might be asking yourself “if these are numbers, how can I do math with them?” There’s actually a good answer for that!

We can start by explaining how to add one to a number in the lambda calculus. If a number n is “do something n times” then adding one means “do it one more time”. So that looks like:

Go ahead and try applying the function addOne to some of those numbers. Just try doing it pen & paper. You should see that it does exactly what we want.

Well if we can add one, then we can define addition! What’s addition, after all? It’s just writing adding one repeatedly! In other words, 5 + 4 “means” add one to four a total of five times. Luckily, we have something that means “do something repeatedly”: numbers!

Again, if you try it out you can prove to yourself that addition really works even when all you have is functions.

There’s so much more to play with and learn about here, but we’ll leave this for now and instead I’ll say you should read the links provided and try making programs in the lambda calculus yourself!

A technically heavy but concise introduction

The wiki entry on the lambda calculus is actually really helpful