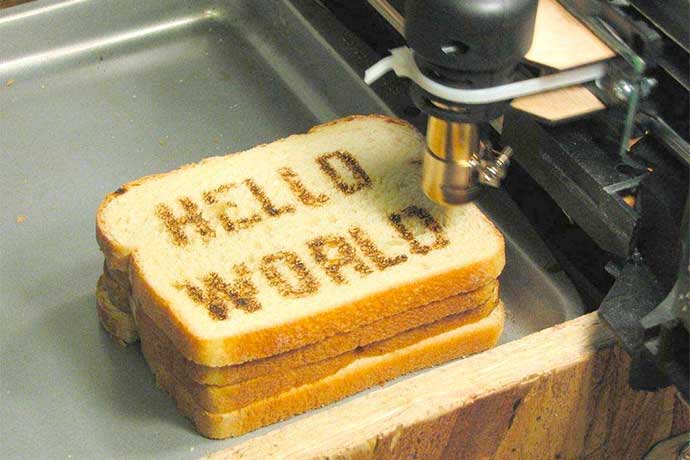 Before we begin, the Snippets feature demonstrates how a single task is handled in different programming languages. The goal is to help you feel more comfortable reading unfamiliar code, as well as explore differences between languages. The word red in English sounds and looks similar to rouge in French and rojo in Spanish. Programming languages often have similarities that provide insights into the languages and computing history.

When most people learn a software language, one of their first tasks is to learn how to output the phrase, “Hello World!” It might seem silly and pointless. But it teaches you how to output data in the simplest way possible. The first example of a Hello World! program dates back to 1978 and a book, The C Programming Language, by Kernighan and Ritchie.

For the first example, we’ll start with the letter A and the Action! language used for Atari programs around 1983:

Note some things in this code, common to many programming languages:

This code in the ColdFusion language generates the same result as the Action! code above:

Here is a brief explanation of the ColdFusion code which is similar to the Action! code:

The next example highlights features common in several modern languages. Here’s the program “Hello World! in the Scala language, an excellent first language for beginner coders:

This code has a taste of both old time coding and modern coding. Here’s a quick explanation of the code:

The last example will be in the ZIM language:

In ZIM, comments are preceded by a percent (%) symbol and the command to output text is as simple as out followed by the text to output in double quotes.

These examples are from an exhaustive list of example programs to output “Hello World!” in over 400 languages. The list is maintained by Wolfram Roesler in Germany but much of it was crowd-sourced by programmers intrigued by the project. Wikipedia also has a page with examples, if you want to learn more about these examples.

The most beautiful code I’ve ever read was in a content management system, an early version of Expression Engine, written by Rick Ellis around 2005 or 2006. Reading his code was like standing in a vast Gothic cathedral, the code was so clean, simple, and tightly integrated with the other code and files. Even his file names and folder structure was clean.

While code can look frightening to read, you quickly become used to it. Look for common patterns, comments, and descriptive names of functions and objects as you read. Reading code can be educational and enjoyable, especially when you come across beautiful well-written code.