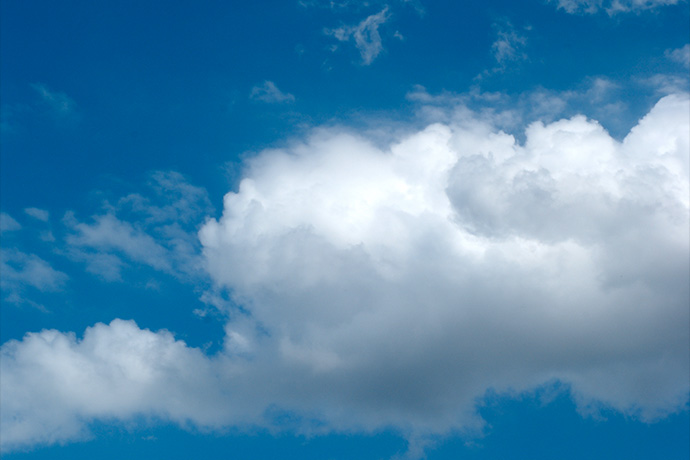 The internet is magic: turn on your phone or other computer and connect with anyone anywhere in the world, find answers to most questions, and read the news.

You might hear people talk about the cloud as part of computing. What could that mean? Clouds aren’t digital.
On the internet, the cloud is a set of computers dedicated to provide data and services. It’s a fancy word, in a way, for a collection of buildings around the world that host these dedicated computers.

When you call up a web page or open an app on your phone, the internet routes your request for data to the appropriate set of computers, or cloud, for a response. One computer cannnot handle the traffic but computers connected together to share the workload can manage millions of requests every second, hour, and day.

The cloud makes it easy to provide lots of computing power with minimal fuss setting up computers and handling traffic.

The alternative is for every person or company that wants to set up a website or online service to manually install and configure software on one or more servers. Setting up on a cloud often is a matter of signing up, selecting the operating system and functionality needed, and then uploading your code and content. Sudden bursts in traffic to your site or application are handled automatically by the cloud.

Shared computing is how computing started. Because the first computers in the 1940s were so big and expensive, computer use was scheduled and timed. When computers became more common in the 1950s through the 1980s, they were still expensive and required sharing. The appearance of personal computers made it possible for everyone to have their own computers. Today, the cloud is a way to share computing resources when it makes sense, not because computers are bulky or expensive. The cloud takes a complex task — the setup, storage, processing, and management of data across many computers — and makes it simple.

As for who gets credit for the first use of this term, it turns out to be really interesting. Kurt Vonnegut in 1959 published a novel, Sirens of Titan, that talks about a cloud that does all the heavy thinking for everyone. Aamir Shahzad in the 1960s also is credited because of his ARPANET work connecting people and data at any time. In 1994, Wired magazine published an article where Andy Hertzfeld used the word cloud to describe Telescript, a distributed programming language. The modern use of the term, however, is given to Eric Schmidt who used the term at a technology industry conference in 2006.