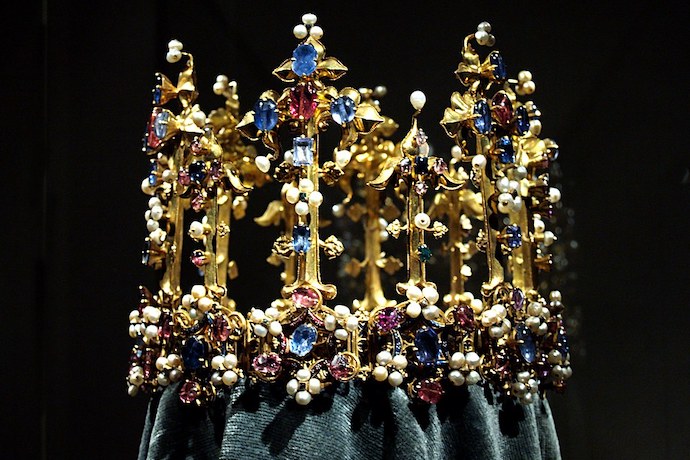 In the early days of technology, Bluetooth connections were thought of as a luxury. Now, you can’t buy a PC or smartphone without a Bluetooth transmitter inside of it! Have you ever wondered why ‘Bluetooth’ has such an odd name to begin with? It’d be odd if a phone had teeth, let alone if they were blue! Where did this weird name come from?

Weirdly enough, the name “Bluetooth” came from an ancient king of Denmark and Norway! His full name was Harald “Bluetooth” Gormsson, and he was a very powerful and influential king at the time.

He was the son of a man called Gorm the Old, who ruled over Denmark and tried to unite them. After Gorm passed away, Harald stepped up to finish what his father started. Thankfully, he was able to reunite the country of Denmark under a single banner.

Once Denmark was under his reign, he turned his attention to the neighboring country, Norway. He successfully managed to take over Norway, but he didn’t stop there; he also helped bring the two countries together as well.

Harald had a knack for bringing people together using peaceful negotiations. As such, his ability to unite others with speech alone gave him a reputation as being very skilled at negotiation. Thankfully, people took a liking to Harald despite the fact that one of his teeth had gone bad and had gone a nasty bluey-black shade – hence, “Bluetooth.”

Fast forward to the modern day, and Jim Kardach of Intel is working on developing a new means of wireless communication. The main goal was to create a standard communication method that would allow PCs and mobile phones to talk to one another.

He was reading the book “The Long Ships” and got the idea of naming the technology after Harald. The idea was, because of how Harald united both Denmark and Norway, it would make a great choice of name for his technology which aims to unite computers and mobile phones.

You can even find the influence of Harald in the Bluetooth logo itself! It looks like a strange B, but it’s actually two Scandinavian runes put together! The runes are ? and ?, which is Harald’s initials in runes. Put these together and you get the iconic Bluetooth icon we see on all kinds of devices today!

As it turns out, Harald could not have had a better technology named after him. Bluetooth really does help things come together easier without the use of any wire. If you want your computer and phone to talk to one another, you can bridge that gap using Bluetooth. You can also connect headphones, mice, and keyboards to any device that supports Bluetooth!

This may seem trivial now, but back when everything connected via wires, there were a lot of connectivity issues between devices. In order to solve this problem, a “standard” has to be adopted. This is a common agreed-upon method of communication that everyone uses to enhance connectivity.

Bluetooth did a lot of good in this regard, bringing together hardware that could previously not talk to one another, or between such a wide range of devices. In a way, the Bluetooth technology bridges gaps just like the ancient king did. Harald would be proud!