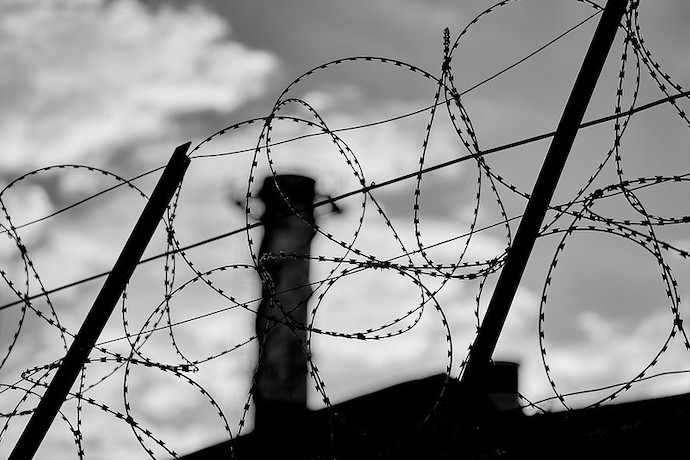 The name Alexander Graham Bell comes up frequently in the history of telecommunications, but fewer people associate Joseph Farewell Gidden with telephone service. This is understandable as Bell was a scientist and an inventor who patented the telephone In 1876 while Gidden was a teacher and thresher who received a patent for barbed wire in 1874. However, without Gidden’s invention of barbed wire much of America’s agricultural heartland may have been without telephone service for several decades while residents of cities across the US enjoyed the convenience of Bell’s invention.

No, barbed wire itself was not intended to serve as a phone line. Rather, it was usually strung as a means of keeping cattle in their place and protecting crops. In fact, barbed wire was so effective that five years after its invention, nearly 40,000 tons were produced per year. All in all, enough barbed wire was installed across the old west to circle the earth many times over.

A couple years later when Bell patented the telephone and companies formed to build the power lines necessary for people to talk to each other over long distances, they focused on the cities. This is where more people lived in close quarters and more prosperous businesses were located. As such, cities were also where telecom companies could make the most money.

In the midwest and across the great plains, big businesses were few and far between. Homes were often built miles apart with large areas of unpopulated land separating neighbors. It required more work to build the infrastructure necessary to get rural America on the grid, and there was less profit to be made for this hard work. However, rural Americans realized that access to phones would enable them to communicate with their neighbors, access medical help, and receive news on weather conditions or local emergencies. They also realized that much of their land already had poles and wire running across it thanks to the invention of barbed wire fences several years before.

Thus ensued one of the most creative American hacks of the late nineteenth century. Farmers began connecting smooth wire from their barbed wire fence to the telephones within their homes. They insulated the wire with whatever they had on hand: rubber inner tubes, corncobs, and glass bottle necks were all common. They usually did not have the time or resources to provide each home with its own phone line, so collectives or “party lines” were formed. A person could call into the collective, and the phones in all the member’s homes would ring. In some cases a certain number of rings would signal what home the call was for, in other cases the length of the ring indicated which house should pick up (an early version of the ringtone). And some collectives used a particularly long ring to indicate that all households in the collective should answer for general news or weather conditions.

Fast forward approximately 150 years after the inventions of both barbed wire and the telephone, and rural areas around the world are still coming up with creative ways to access phone service. In Oaxaca Mexico, the non-profit organization Rhizomatica works with locals to weld together their own cell towers and install them in places that allow for maximum coverage. In other remote parts of the world, satellite phones deliver cell service via satellite constellation coverage instead of running fibre cables to sparsely populated regions. Connecting the entire world via phones is far from an easy task, but thanks to the creativity and ingenuity of major telecom companies, rural communities, and non-profit organizations, we are getting closer each year!