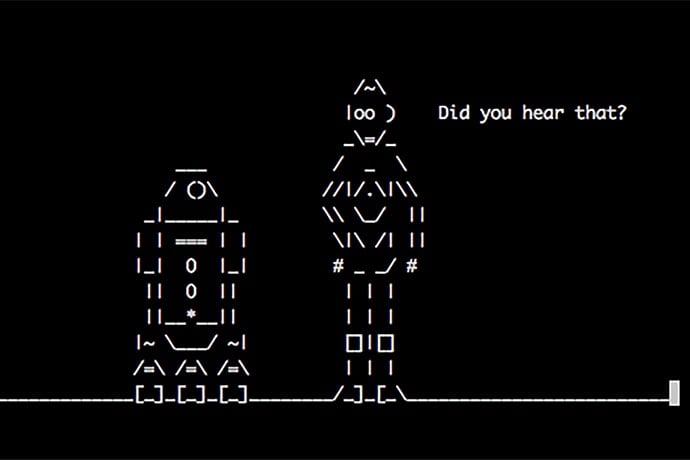 With software, an Easter egg is a joke tucked away in the code and available only to people who know the right command to make the joke appear. The internet also has Easter eggs. Here’s how to watch an ASCII version of the original Star Wars movie.

Most computers include a software application called telnet. When connected to the internet, telnet is a network protocol (language) that connects your computer to remote computers to perform tasks. Telnet is one of the original non-web technologies.

To play the original Star Wars movie with telnet:

What follows is a mostly full length version of the original Star Wars movie with illustrations created with ASCII characters A-Z, a-z, 0-9, and special characters like underscores, dashes, and more.

Note there is no way to shut the movie off or pause to buy popcorn. You will need to close your command line application to stop.